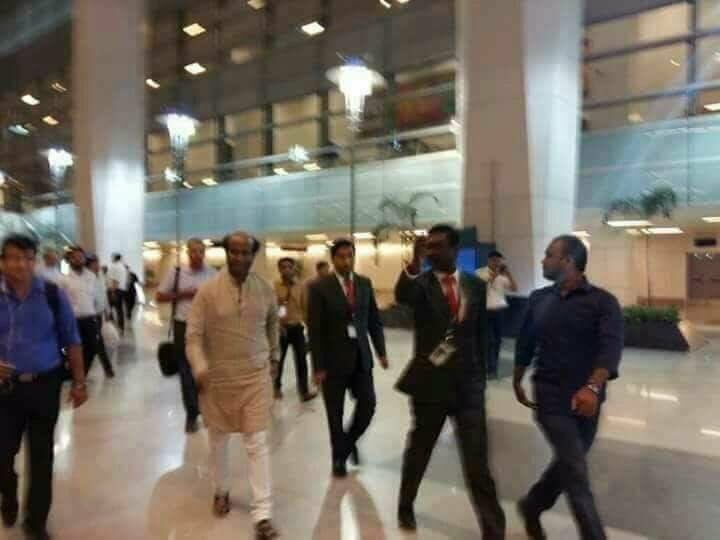 The untimely demise of veteran actress Sridevi has sent shock waves across the globe. The undisputed queen of Indian cinema breathed her last on Saturday evening at Dubai, where she had gone to attend a wedding with her husband Boney Kapoor and younger daughter Khushi.

The mortal remains of the 54-year-old actress would reach her Mumbai residence on Monday night. The actress passed away due to a cardiac arrest, and an autopsy was conducted in Dubai. After completing legal formalities, Sridevi’s mortal remains will be flown back to India through a private jet. After the news broke out, people have crowded outside her residence in Mumbai.

As per the latest development, Superstar Rajinikanth has flown to Mumbai to attend the funeral of Sridevi. According to reports, other top stars of South Indian Cinema such as Chiranjeevi, Nagarjuna, Prakash Raj and several others are also expected to be part of the funeral.

Several Bollywood and Tollywood celebrities are spotted at Anil Kapoor’s residence to pay their last respects to Sridevi. Check out the pictures here – 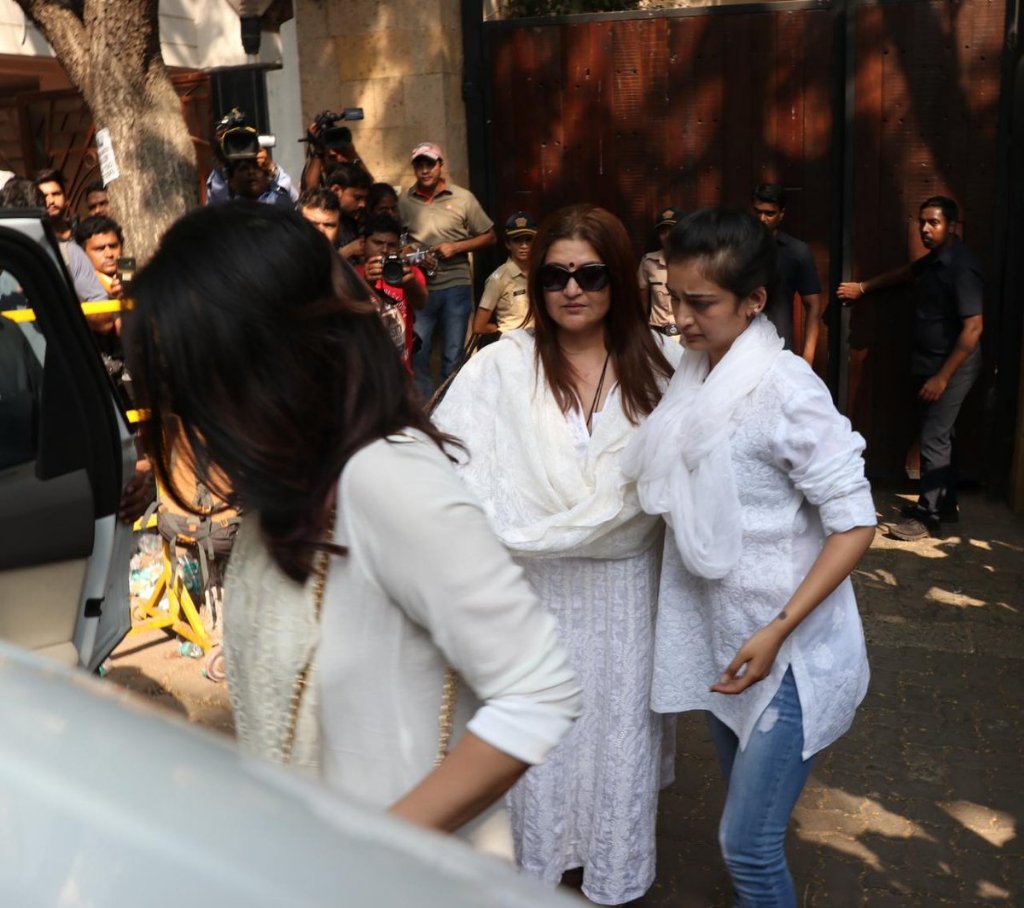 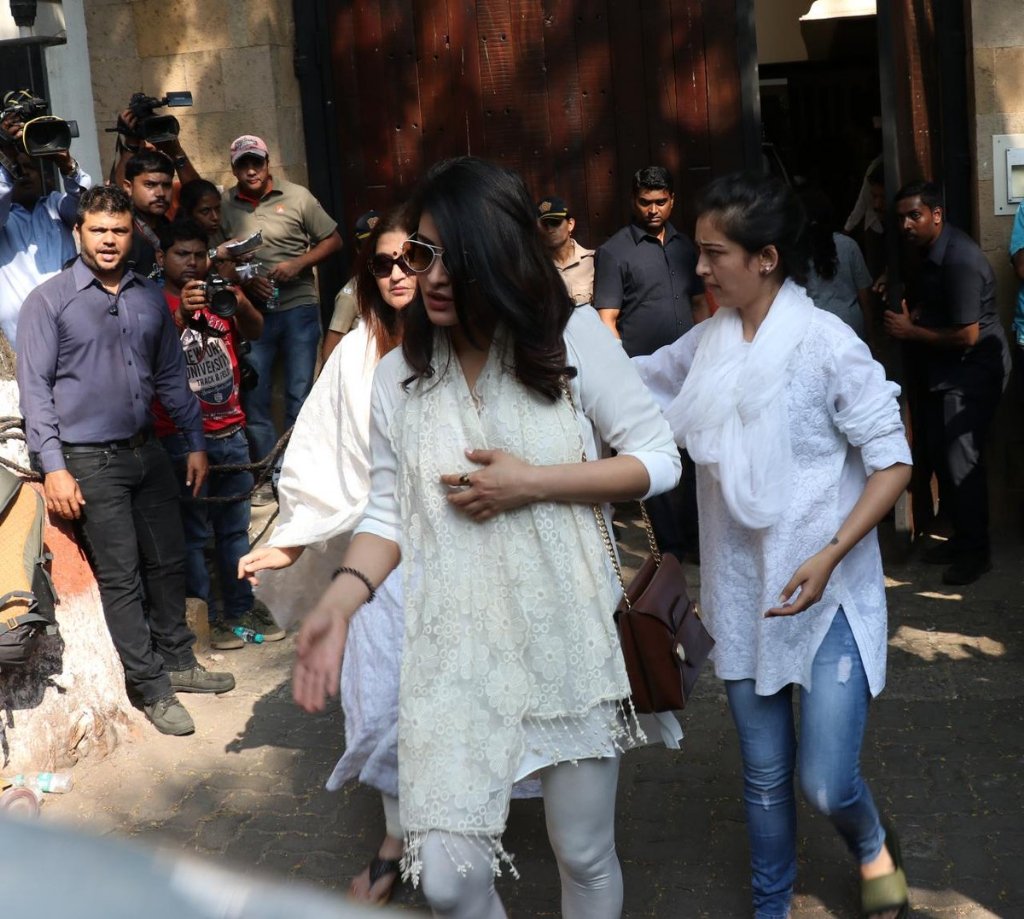 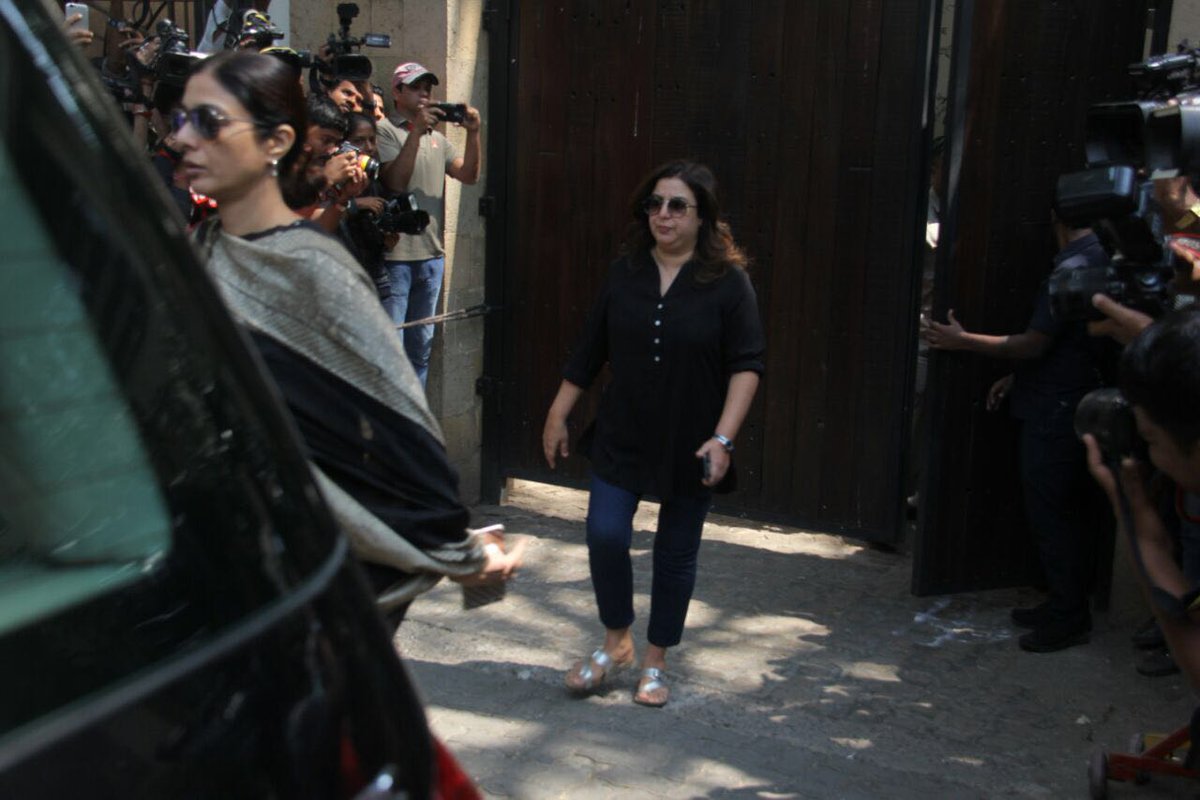 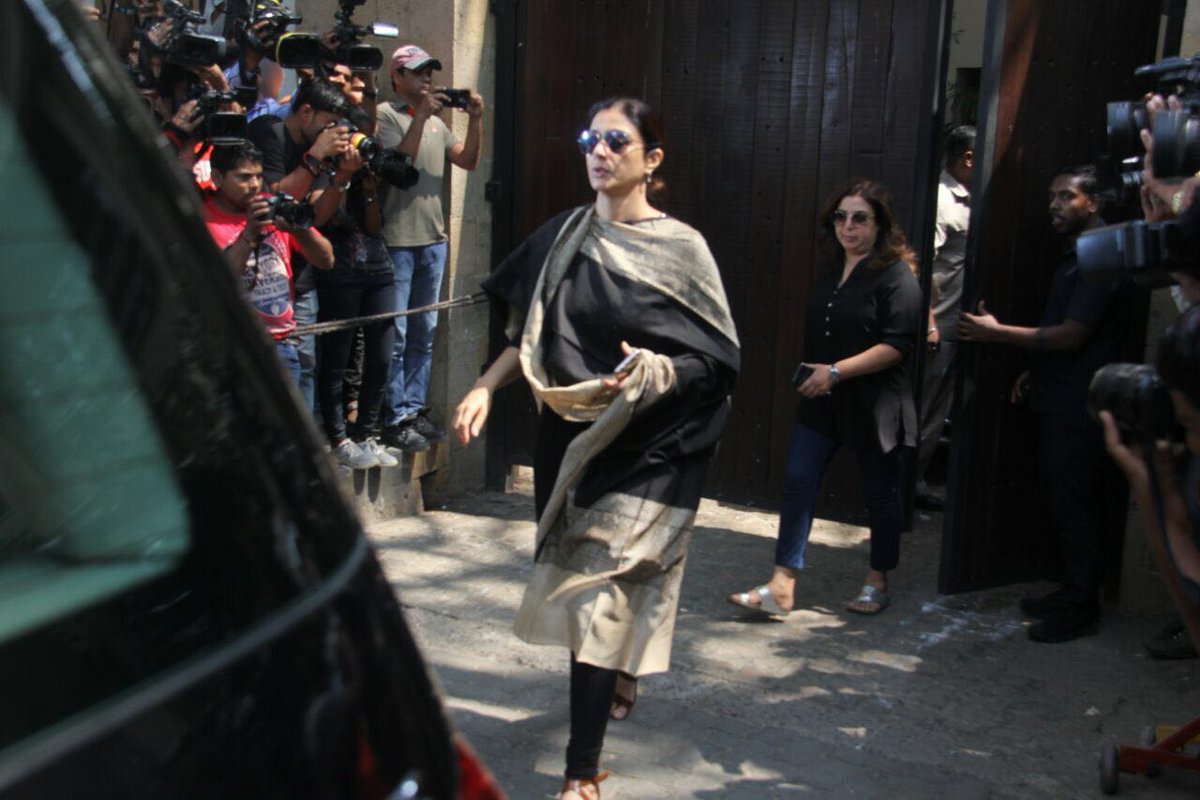 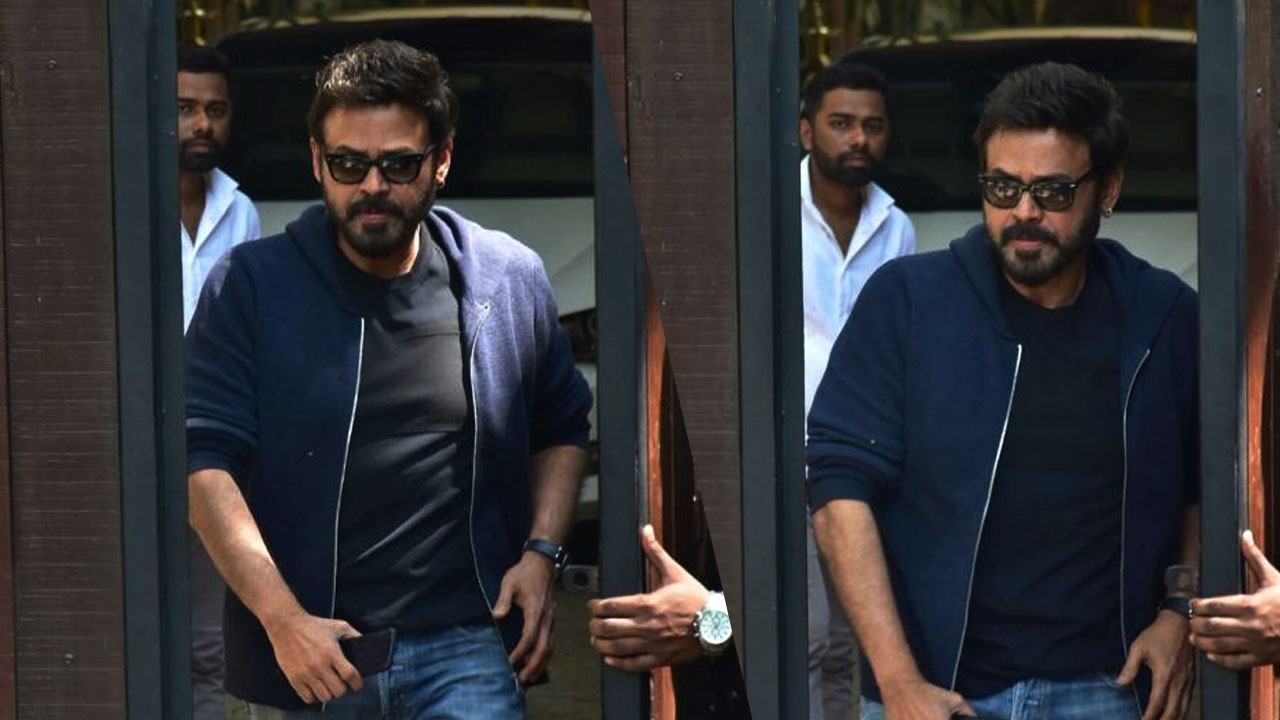 Sridevi’s last rites are expected to happen on February 26.