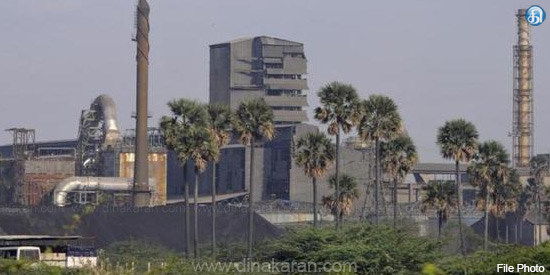 The Tamil Nadu government on Monday issued an order to seal and permanently close the Sterlite copper smelting plant in Thoothukudi.

Last month, the Tamil Nadu Pollution Control Board (TNPCB) had rejected Sterlite’s plea to renew the Consent to Operate for its existing smelter plant at Thoothukudi.

At least 13 persons were killed in police firing in the port town of Thoothukudi over protests against Sterlite Copper. The residents have been demanding the closure of the unit, citing pollution of natural resources and it being a health hazard. The Home Ministry had directed the Tamil Nadu government to file a report regarding the violence.

Following the deaths, there were widespread protests in the State, demanding that the plant be closed immediately.

Vendanta, in a statement, expressed its sorrow over the incident and has appealed for peace. “It is with great sorrow and regret that we witnessed today’s incidents around the protest at Tuticorin. The company has appealed to the government and authorities to ensure the safety of our employees, facilities and the surrounding community. The Sterlite Copper plant is currently non-operational as we await approval for the Consent to Operate.”