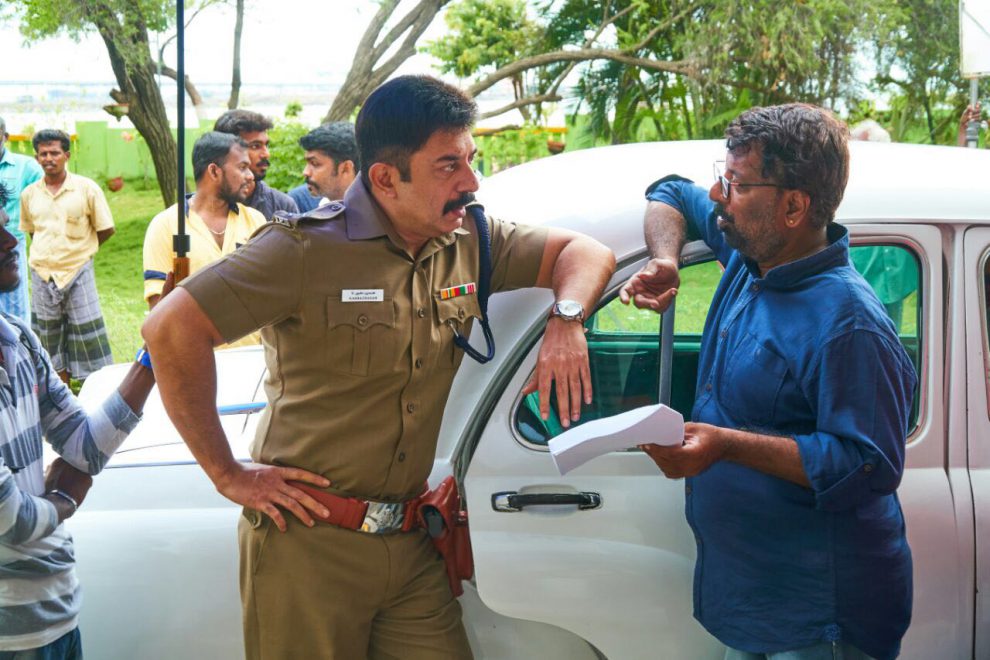 Arvind Swami-starrer Vanangamudi is getting some final touches and the entire team has completed the first leg of shooting.  A huge set was erected in Tuticorin harbour to shoot a song that was choreographed by Sridhar.

The veteran will play the role of a cop.

The second schedule of Vanangamudi will commence from the second week of November in Kodaikanal, Sources say some important portions, including a chasing sequence and a song would be filmed.

Following this, a 5-day schedule, by first week of December, in Chennai will wrap up the entire shoot.

Stay tuned for more updates on the movie.

Sathya to be released on November 24
Details of ‘2.o’ movie audio launch
Comment