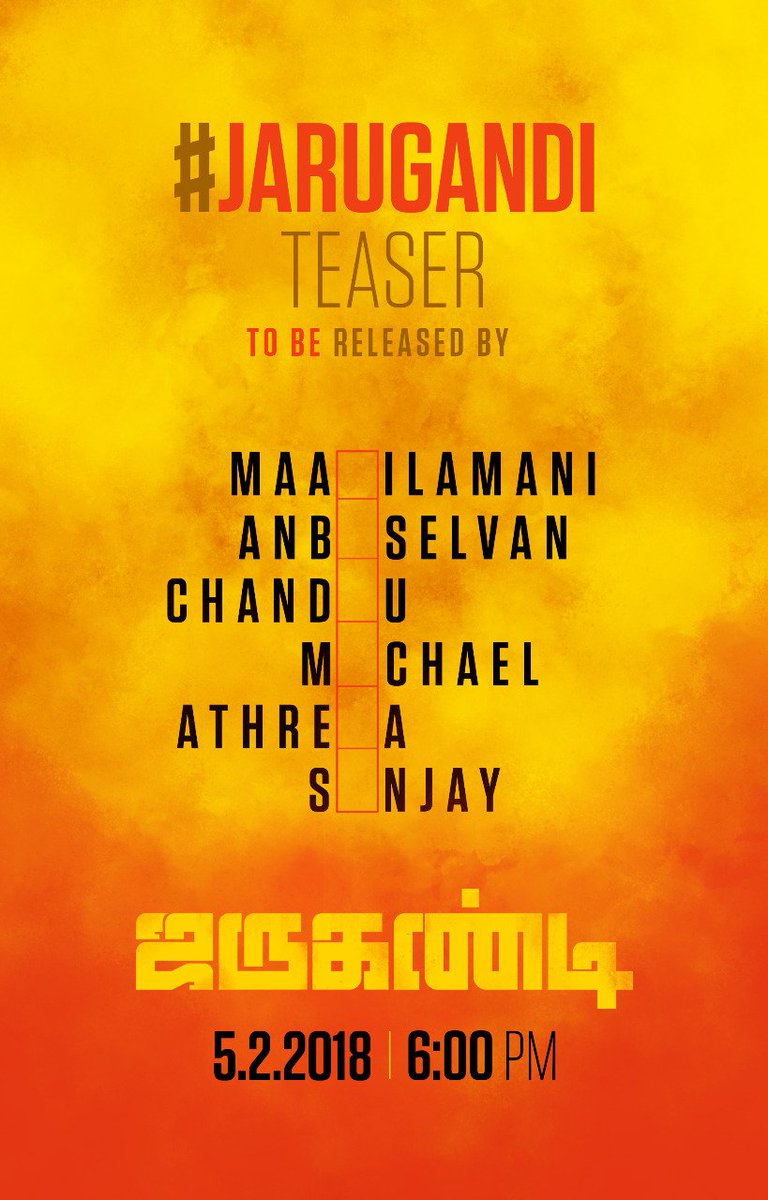 A couple of weeks back, veteran director A.R. Murugadoss unveiled the first look of Jarugandi. It didn’t reveal much, except for telling us that the plot is set in an urban milieu and Jai would play a major role in it.
However, more clarity is expected on Monday as actor Suriya is set to release the teaser of the movie. The movie, written and directed by Pitchumani, is produced by Badri Kasturi and Nitin Sathyaa.

Incidentally,  Pitchumani worked as an assistant to director Venkat Prabhu. Will his movie follow the same carefree and enjoyable line as his mentor’s or will it take on a different genre?

Although the answer to this will only be known after the movie releases, we may still be able to decipher some information from the teaser. Check out this intriguing poster from the team.

As the clock struck 6, actor Suriya released the teaser of the movie on his Twitter handle with warm wishes for the director and the entire team.