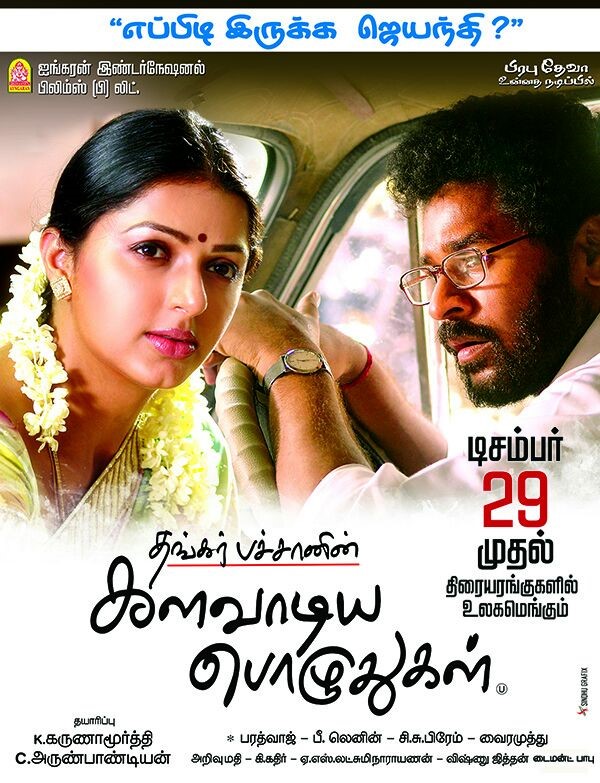 Roughly translated to ‘stolen moments’, Kalavadiya Pozhuthugal is a romance film starring Prabhudeva and Bhumika Chawla in the lead. The movie has been written and directed by Thankar Bachan and the movie was in the shelves for almost 7 years.

According to reports, the movie has actor Sathyaraj reprising the role of Periyar.

The makers of the movie recently announced that the movie will be released on Friday.

Sivakarthikeyan opens up about his upcoming sci-fi film!
When Aruvi was offered to Nayanthara, Samantha and Shruti Haasan…
Comment