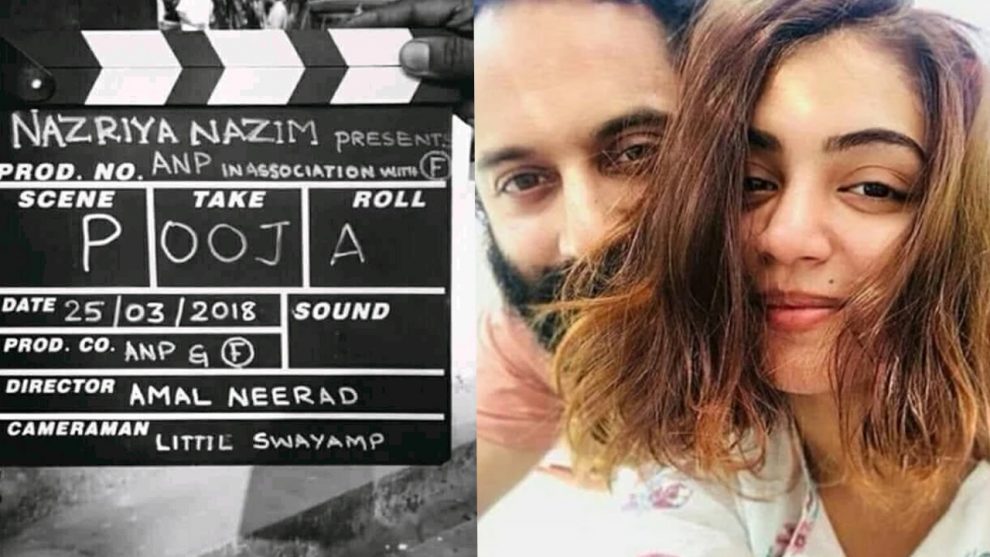 Actress Nazriya Nazim, who has been away from movie post her marriage to actor Fahadh Faasil,  is one of the Kollywood stars we already miss on the big screen. The actress who stole the hearts of Kollywood audience with just 5 Tamil films, is making her comeback in movies this year.

Starring alongside Prithviraj and Parvathy, Nazriya is all set to come onscreen in Bangalore Days fame Anjali Menon’s directorial in Malayalam. While the movie is nearing completion, the actress is simultaneously busy with another project!

As per the latest update, the bubbly actress is donning the hat of a producer. Nazriya’s maiden production venture is a Malayalam movie which has her husband Fahadh Faasil in the lead role.

Directed by Amal Neerad, the untitled project started rolling on 25th March in Wagamon. Mayanadhi fame Aishwarya is playing the female lead in the movie, which is co-produced by Amal Neerad. Fahadh, who is currently on a break, is expected to join the shoot soon.

Fahadh Faasil is familiar among Tamil audience as well after his inimitable performance in Sivakarthikeyan’s latest superhit Velaikkaran won him praises from audience and critics alike.