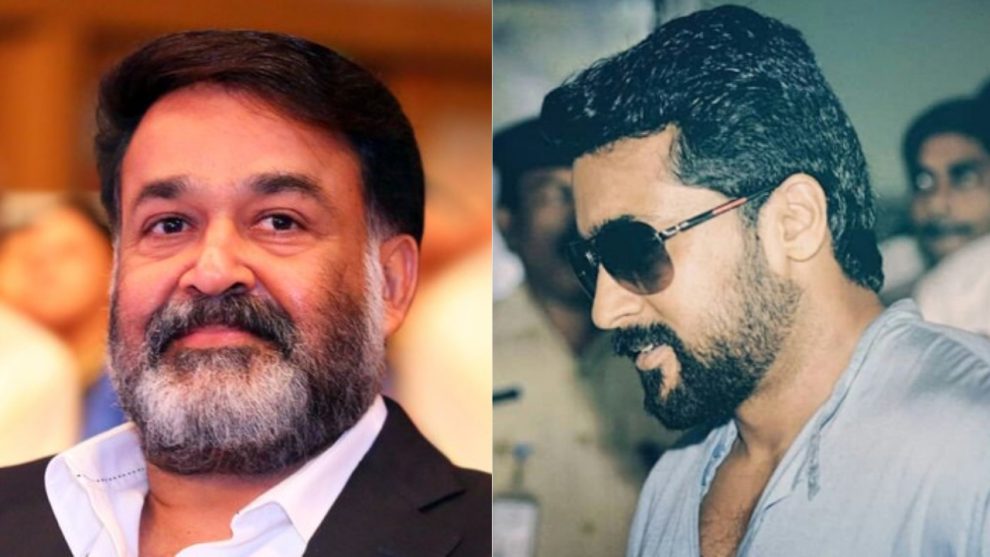 It is now official that Malayalam superstar Mohanlal will be a part of Suriya’s next movie, directed by K.V. Anand. The makers of the movie and K.V. Anand made the announcement on Twitter.

“We are very much Honoured to have my lovely Hero @Mohanlal and Charming @Suriya_offl together in our next film. @LycaProductions (sic.)”, he had tweeted.

Popularly dubbed Suriya 37, Suriya is expected to start working on this movie after he finishes working on Selvaraghavan’s NGK.

The film was officially announced weeks ago and is expected to go on floors soon. With a stellar star cast building up, it already looks like Suriya’s next will emerge a winner.

Suriya was seen in Thaana Serndha Kootam earlier this year and has also hinted at working on two other movies after this.

It was earlier announced that an official announcement regarding the cast of Suriya 37 will be made soon. The internet was abuzz with rumours about Amitabh Bachchan joining the cast. Well, it now looks like K.V. Anand has put those rumours to rest.

Meanwhile, here’s everything we know so far about Suriya 37.