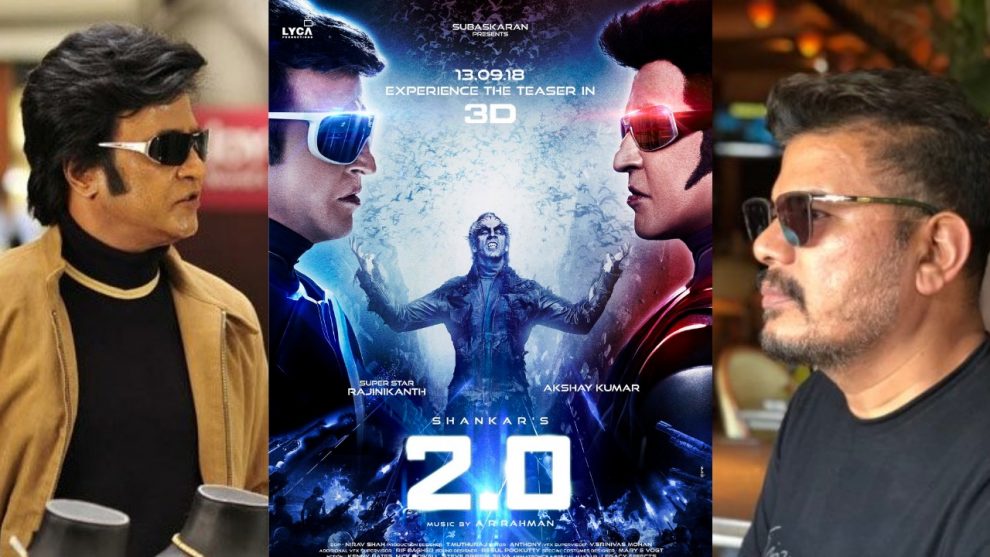 As reported earlier, the much-awaited teaser of superstar Rajinikanth’s biggie 2.0 helmed by Shankar will be released on September 13. 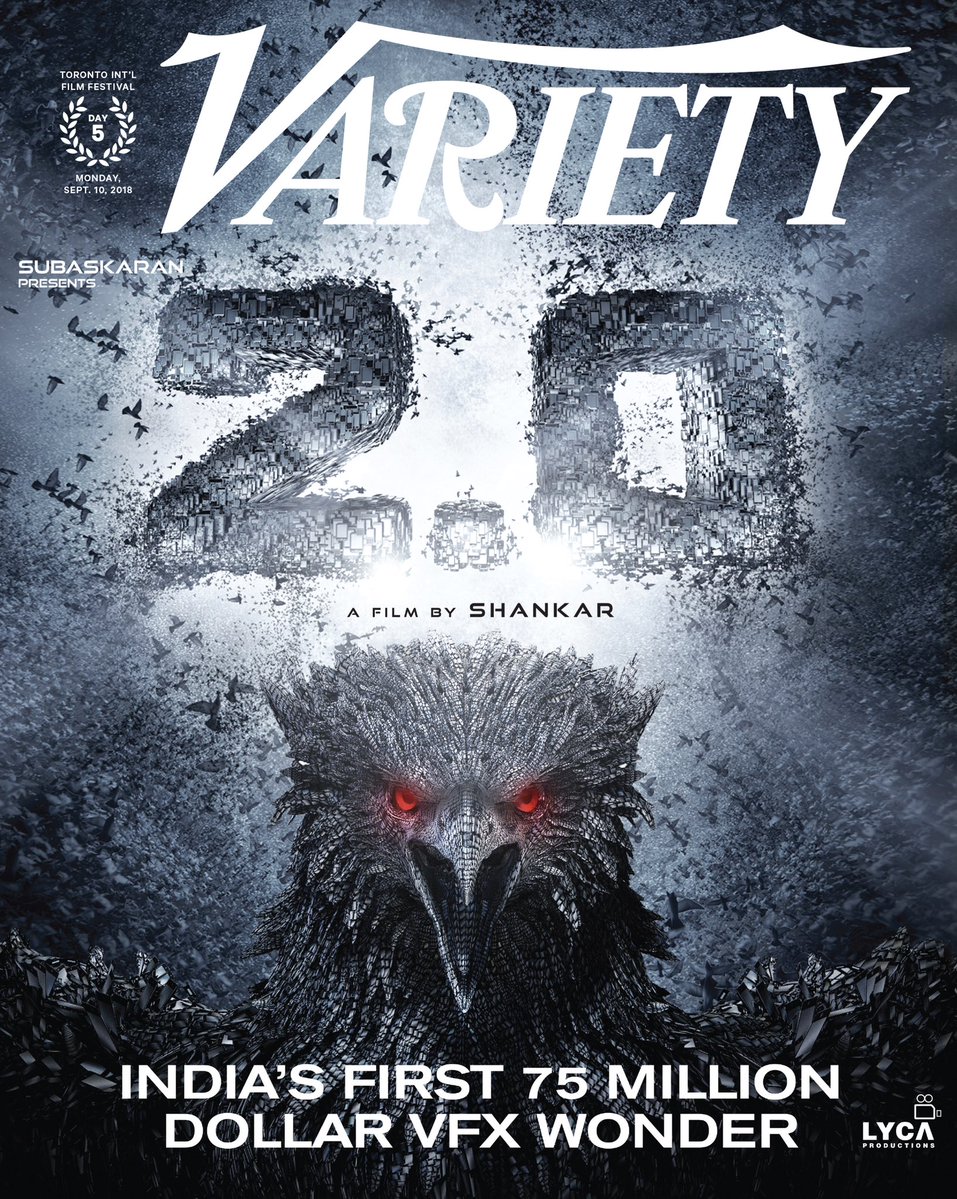 The long-delayed project also stars Amy Jackson and Akshay Kumar, who is making his Kollywood debut as the main-antagonist in the sci-fi thriller. The film’s 3D and 2D teaser will be out on YouTube and theatres across the globe on September 13. 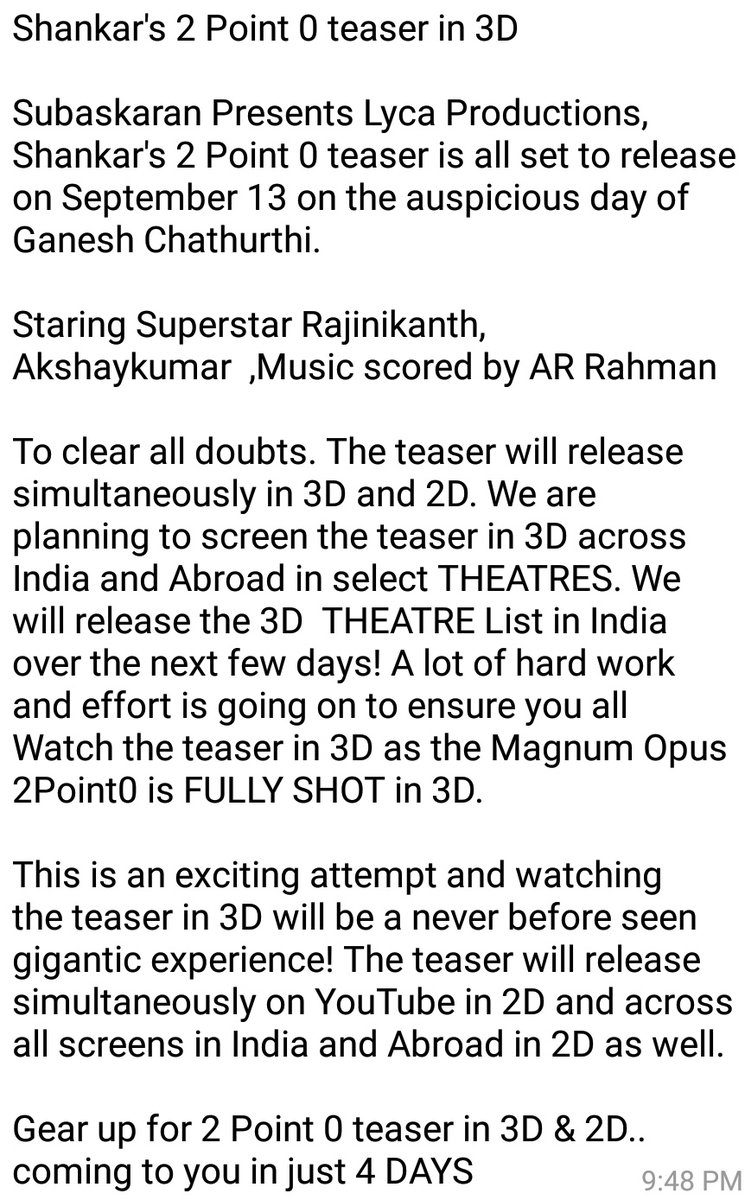 Meanwhile, director Shankar has started working on his next sequel Indian 2, which has Kamal Haasan playing the lead. The movie, which is a sequel to the 1996 blockbuster Indian, is expected to start rolling in October, soon after Kamal completes his ongoing reality show.