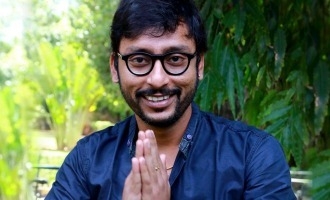 Popular radio jockey Balaji ventured into films in 2013 and has done some amazing work since his debut. His most recent venture Karu, starring Sai Pallavi and Naga Shaurya in the lead, seems no different. Balaji’s first release for 2018 will be the Suriya starrer Thaana Serndha Kootam and will be followed by director AL Vijay’s Karu.

As is evident from the trailer, Balaji plays the role of a policeman and the actor has reportedly said that the film is a very emotional one and that his role in the movie was very gratifying.

According to reports, Balaji has said that his character in the movie has a nice transformation and becomes an integral part of Sai Pallavi’s life.

Apart from Karu and Thaana Serndha Kootam, Balaji will also be seen actor Atharvaa’s next, directed by Kannan.

Check out the intriguing trailer of Karu here: