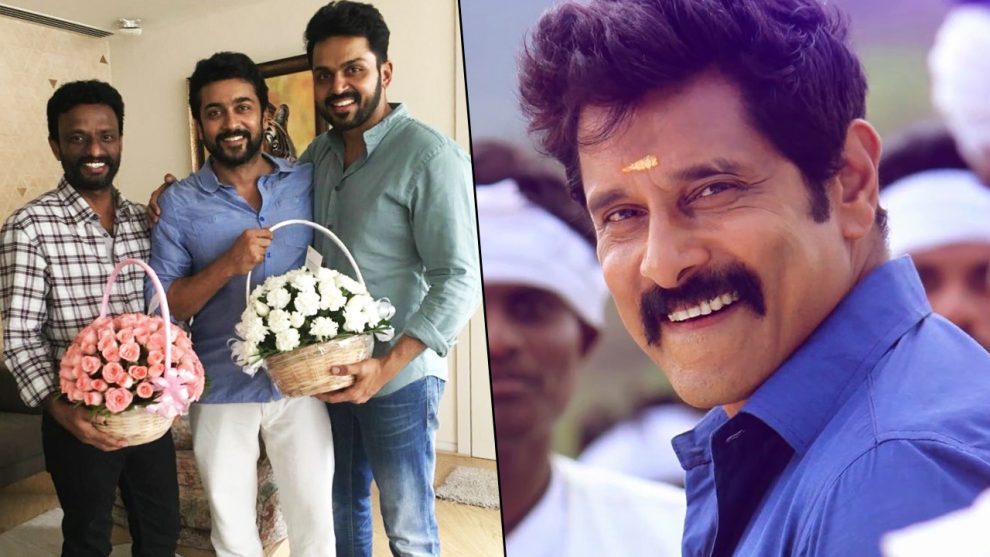 Chiyaan Vikram’s latest movie Saamy Square is making all the right kind of noises in tinsel town. The team had released two lyrical videos from the movie and both of them have become viral.

Now, the makers of the movie have made a surprise announcement. They have revealed that the soundtrack of Saamy Square will release on July 23.

Incidentally, July 23 also happens to be actor Suriya’s birthday. The second look of his next movie NGK is also releasing on his birthday.

It looks like both Vikram fans and Suriya fans are getting a treat on July 23.