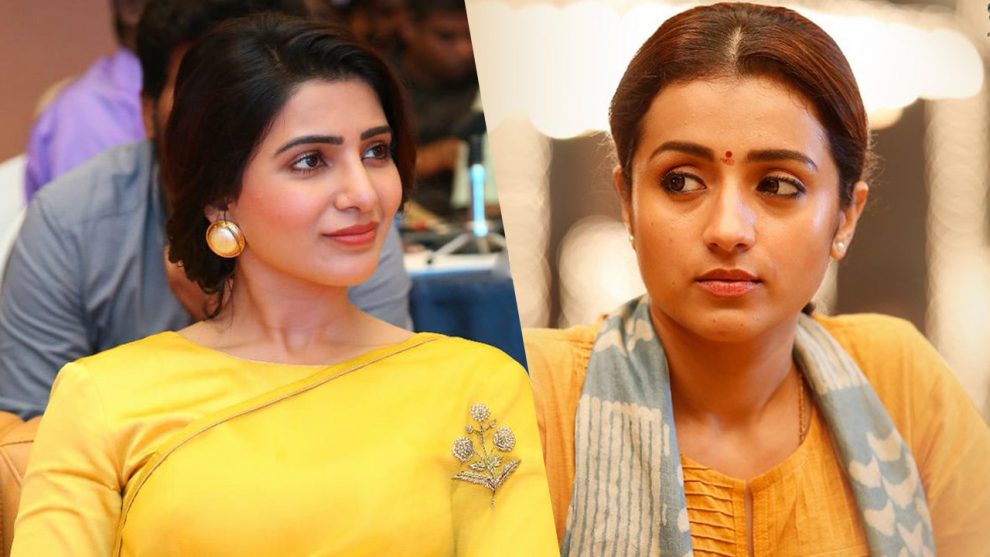 Trisha Krishnan is riding high on the success of her latest release ’96 opposite Vijay Sethupathi. Her character ‘Jaanu’ is now the talk of the town and has been fetching Trisha rave reviews.

Celebrities like Khushbu Sundar, Vikram Prabhu, and director Shankar had appreciated the movie on Twitter. The latest to join the list is none other than actress Samantha Akkineni. It looks like she too was not spared from the charm of the movie. 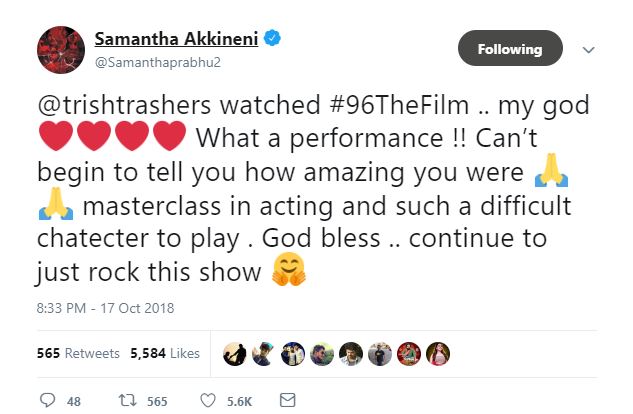 In her tweet, Samantha has appreciated Trisha for her performance, calling it ‘amazing’. Trisha has responded saying- 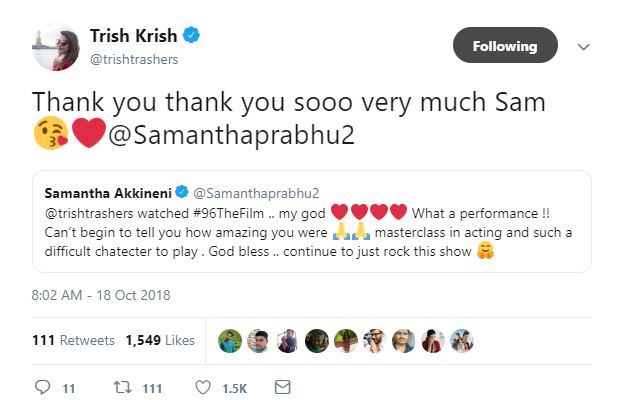 Interestingly, Samantha played the role of ‘Jessie’ in Ye Maaya Chesave, Trisha’s iconic role in Vinnaithaandi Varuvaayaa. Several media houses have been reporting that ’96 will be remade in Telugu with Samantha and Nani in the lead. There is no official confirmation on the same.

On the work front, Samantha was last seen in Seemaraja and U Turn. Trisha is busy shooting for Pettai alongside Superstar Rajinikanth.

** tweets are not spell-checked