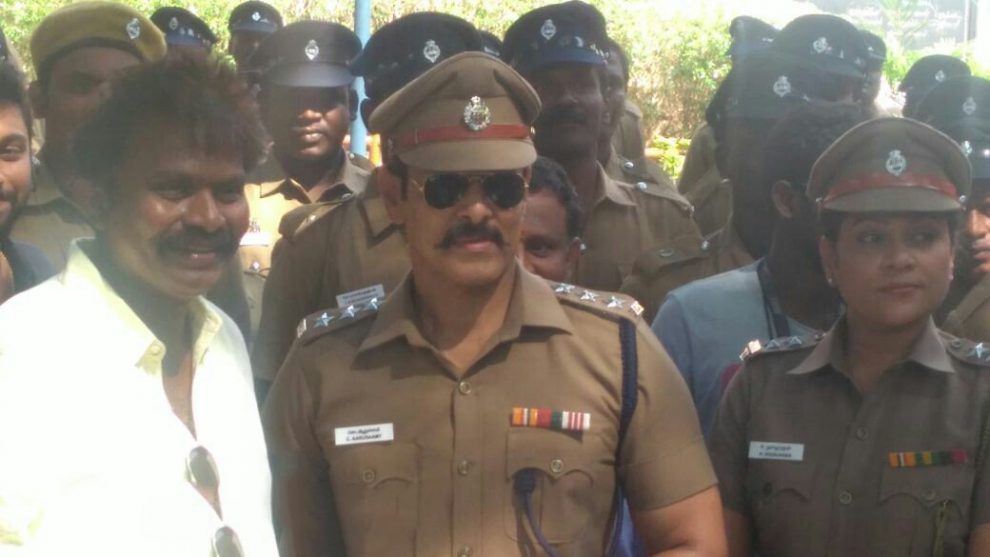 The shooting for actor Vikram’s upcoming movie Saamy Square, the sequel to the superhit cop-thriller Saamy, is progressing at a brisk pace. Directed by Hari, social media has been flooded with pictures leaked from the shooting location.

According to the latest update, 40 percent of the movie’s shoot has been completed. There are speculations doing the round that the movie is likely to be a Ramzan release, on June 15. Meanwhile, few entertainment portals report that the makers are eyeing for May 1 release. Incidentally, the release date coincides with that of its prequel, Saamy, which hit theatres 15 years ago.

Shibu Thameens is producing the film which has music by Devi Sri Prasad. While the prequel features Trisha in the female lead, Saamy Square will have Keerthy Suresh. Bobby Simha essays the antagonist role.

Going by the recently leaked pictures from the shooting location, Bobby Simha will be seen as Ravan Pichchai, one of the three sons of Perumal Pichai (Kota Srinivasa Rao), who played the antagonist role in Saamy.

Meanwhile, the statue from the location picture suggest that it’s been 29 years since the death of Perumal Pichai. This also hints that Vikram will be seen in two roles – as Aarusamy and his son. Let’s wait and watch!

Is Vijay not attending Natchathira Vizha?
5 Exciting Projects for Vijay Sethupathi in 2018
Comment