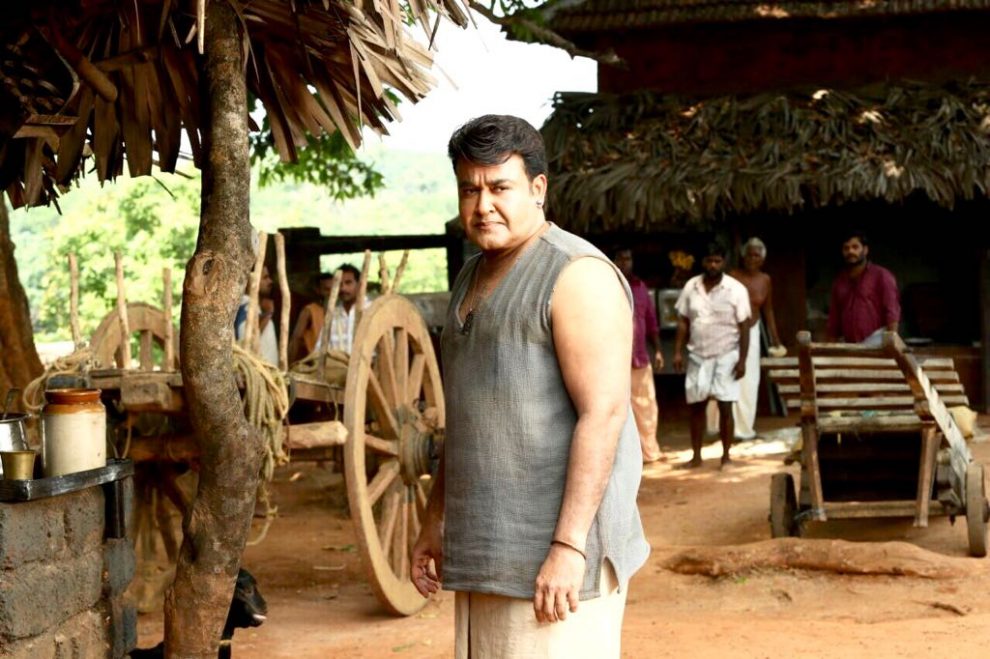 Mollywood Superstar Mohanlal’s never-seen-before look for the upcoming biggie Odiyan has been the talk of the town ever since the project was announced. In a career spanning 40 years, this is the first time Mohanlal has taken up a tough groundwork for a character. Needless to say, the actor looks decades younger after the massive transformation.

Directed by acclaimed ad-filmmaker VA Shrikumar Menon, the shooting of Odiyan has been underway in multiple schedules. In the movie, Mohanlal plays the last surviving member of a tribal community called Odiyan in Kerala.

His character name is Manikyan, who is mastered in Odividya. As the movie revolves around the different phases of Manikyan, the Complete actor will be featured in multiple looks, one of which is his slim and fit young avatar.

Currently, the movie is on the final leg of shooting and director Shrikumar Menon has shared with us a few all-new stills of Mohanlal, as young Odiyan Manikyan. Needless to say, Mohanlal looks dashing in the new pictures.

As the movie captures different time periods, the team has recreated the fascinating Thenkurissi village, Kerala, that will take you back through time. Apparently, Mohanlal’s character hails from Thenkurissi village. With its Visual mastery at its best, Odiyan is definitely going to be one visual delight.

Recently, Mohanlal took to Twitter, and shared his youthful look as he sips some tea from the sets of Odiyan. It is evident from the pictures that the superstar is in much better shape like any young star in the industry.

With daily routine involving rope climbing, weight-lifting, running and other rigorous exercises, Mohanlal had lost a significant amount of body weight within few months. The actor’s strict weight loss regime was designed by a team of international fitness experts.

No wonder, Superstar Rajinikanth phoned Mohanlal to congratulate him on his body transformation, which is truly remarkable!

Written by National award winner Harikrishnan, Odiyan is produced by Antony Perumbavoor. Manju Warrier is the female lead in Odiyan, which will also feature Prakash Raj, Narain, Nandu and many others in the supporting cast.

After Odiyan, Mohanlal and VA Shrikumar Menon will once again team for the magnum opus Randamoozham aka The Mahabharatha. Scripted by MT Vasudevan Nair, the mammoth project is touted to be the biggest ever film in the history of Malayalam Cinema.

All the best team!