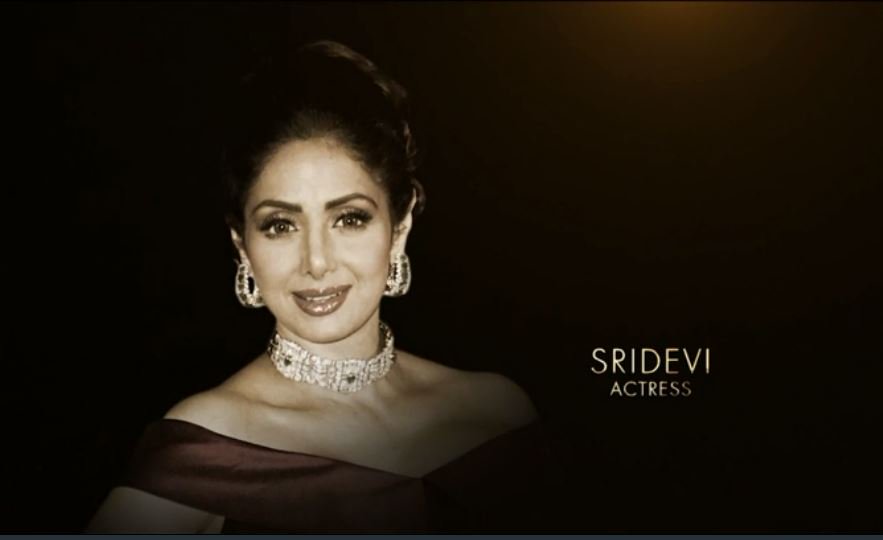 The 90th Academy Awards were held at the Dolby Theatre, Hollywood and it is an occasion no one wants to miss.

As the awards were being announced amidst much fanfare, it is worth mentioning that late actor Sridevi was honored in memoriam, along with other deceased artists.

One of India’s biggest stars, Sridevi passed away on February 24 and the entire nation mourned her demise.

Along with Sridevi, late actor Shashi Kapoor was also honored.

Sridevi passed away at the age of 54, in Dubai, while attending the wedding of a relative. After much speculation and coverage, it was revealed that she had died of accidental drowning.

Following her death, her husband Boney Kapoor and daughter Jhanvi Kapoor have each expressed their immense grief and the nation’s heart went out to the family.

Having worked in cinema for nearly all her life, Sridevi was awarded the Padma Shri in 2013 and was cremated with full state honors.

It is fitting to say that the artist may pass on, but their art shall live forever.

Suriya 36 First Look, the wait is over!
Here’s how Rajinikanth’s ‘2.0’ was made!
Comment