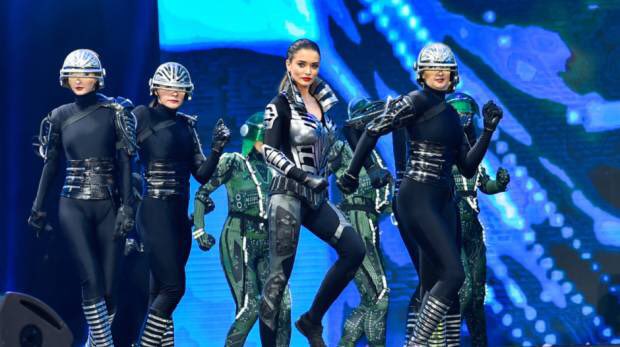 Actress Amy Jackson has had a great start to her acting career, thanks to the star cast of the movies that she has been part of.  She is now out of the Butterfly, the remake of the film Queen.

Amy Jackson, who is doing meaty roles in Indian cinema and Hollywood. She will be seen as Saturn Girl (Fictional character appearing in comic books) in the superhero TV series, Super girl-Season 3.

The British model-turned-actor, Amy Jackson, has opted out of the Queen remake where she was asked to play the role done by Lisa Haydon in the movie.

Amy says ‘no’ to the remake

Bollywood super hit movie Queen is being remade in all southern languages. Tamil and Kannada versions will be directed by Ramesh Aravind with Kajal Aggarwal and Parul Yadav, respectively. The Malayalam version is titled Zam Zam where Manjima Mohan will be doing Kangana’s role.

The actor heard the entire script and her role from director and producer of the project. Sources say that she was not happy with the offered role and also because of “Date issue”. She reportedly rejected the movie despite being offered a huge pay.

In a recent interview, the actress told a newspaper, “I really wanted to be a part of the project. It’s a fun, fierce role. I loved Lisa’s role in the Hindi version and thought I could do justice to it for the remake. It didn’t work out because of the schedule for Super girl. It didn’t work out creatively.”

She will be playing as Saturn Girl. She also acted in Hollywood horror movie Boogie man, which is in post-production. Her 2.O, starring superstar Rajinikanth and Akshay Kumar will be releasing on Jan 26, 2018.