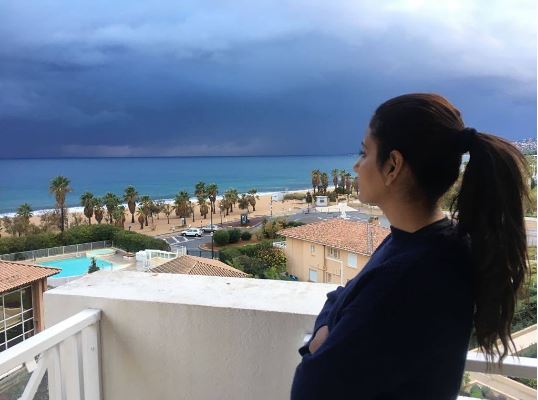 So who’s acting in the movies?

Kajal Aggarwal will play the role of Rani in Tamil; Tamannaah in Telugu; Parul Yadav in Kannada; and Manjima Mohan in Malayalam.

Queen‘s remake is currently being shot in France, where all the four actresses are present. The four ‘Queens’ are surprising their fans by posting pictures from the shoot.

The shooting schedule will have all four actresses present in the sets, with one acting and others watching the performance. The actresses are reportedly taking turns to finish their shooting. The Tamil and Kannada versions of the movie are directed by Ramesh Aravind.

The release of all the remakes will be on the same date, with some expecting it to happen by early 2018.\

Here’s a look at some of the pictures posted by the actresses:

Kajal Agarwal has posted a Glamorous picture with mehendi on her hands.

Two pictures of Tamannaah were posted, where in one she is wearing a mehandi and in the other one, donning the Queen look.