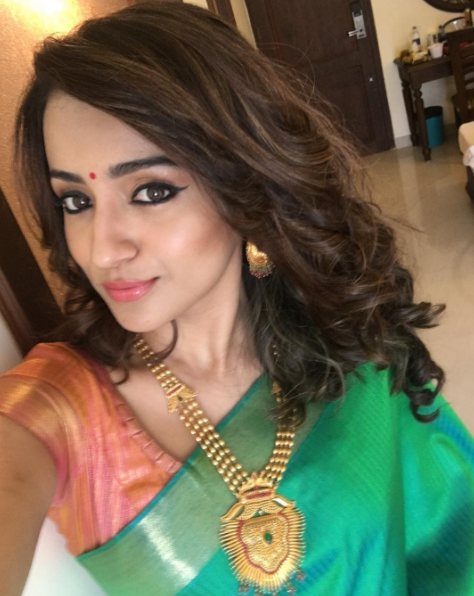 Trisha is set to play the heroine role in ‘Paramapadham Vilayattu’, directed by Thiru Gnanam. The film’s shooting is taking place in the 200-year-old Arcot fort. where Aurangazeb is believed to have resided centuries ago.

Trisha, who has been in Kollywood for 15 years now and has donned many powerful roles, is busy acting in back to back films.

‘Paramapadham Vilayattu’ is produced by 24HRS. Actor Nandha is playing an important role in the film, which has roped in Amresh as the music director.

This is the first movie shot in Arcot where the team is said to have shot the second leg of the movie continuously. Sources say that the first schedule will continue for fifteen days and then, the team will proceed to the next.

No official announcement on the release date has been made.

Trisha recently made an announcement on opting out of the Hari’s ‘Saamy Square’. The actor who was the heroine of the first part, Saamy, tweeted,“Due to creative differences, I have chosen to opt out of Saamy 2. Wishing the team good luck.”

The film which has Vikram as the male lead also stars Keerthy Suresh.

One of the busiest stars in the south, Trisha is also shooting for 96 with actor Vijay Sethupathi; ‘Garjanai’; ‘1818’; Sathuranga Vettai 2; and her Malayalam debut, ‘Hey Jude’ with Nivin Pauly.

‘Garjanai’ is said to be the unofficial remake of the hit Hindi film NH10 starring Anushka Sharma. ‘1818’, on the other hand, is based on the events from the 2008 Mumbai attacks. ‘Hey Jude’ is said to be a romantic drama where 96 is a ‘coming of age’ tale.