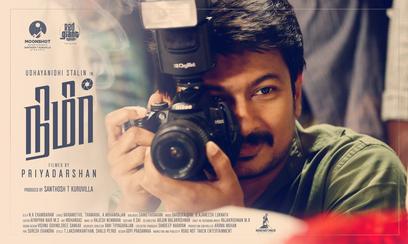 The first single of Udhayanidhi Stalin’s upcoming movie Nimir, will be launched by music maestro AR Rahman on Tuesday at 5 p.m. The surprise announcement was made by Udhayanidhi through his Twitter handle.

Thx to all for ur birthday wishes 🙏🏼 #Nimir songs and trailer coming soon pic.twitter.com/AgeFxv8wPA

Helmed by veteran director Priyadarshan, Nimir is the remake of the critically acclaimed Malayalam hit Maheshinte Prathikaram. In the original version, Fahadh Faasil, who is making his Tamil debut with Velaikkaran, played the title character.

The post-production works of Udhayanidhi’s next Nimir are on full swing. Touted to be a realistic drama, the movie features Namitha Pramod and Parvatii Nair as female leads. The release date of Nimir is expected to be announced soon.

Apart from Nimir, Udhayanidhi Stalin has also signed a film with director Seenu Ramasamy. The shooting of the yet-to-be-titled film will start from January 19. Stay tuned to Suryan FM for further updates.

Did you know bitcoins could get you free biriyani in Chennai?
Sivakarthikeyan opens up about his upcoming sci-fi film!
Comment