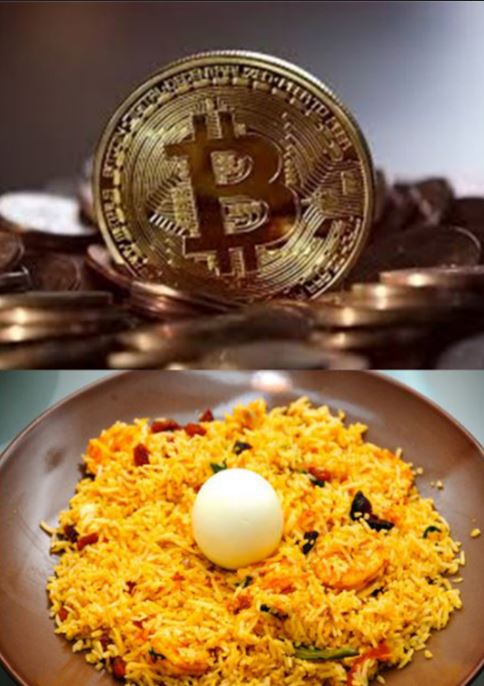 Over the last few days, Bitcoin has been one of the most looked up terms on Google. Most of us are familiar with the concept of a digital wallet that stores bitcoins. They are a form of cryptocurrency or digital currency and the current value for bitcoin in Indian Rupee is Rs. 12,17,720.

When the value is so high, anyone that understands its worth will want a piece of the cake. That is why Suri Andhra Mess in Taramani is encouraging customers to make transactions using bitcoins. Every bitcoin transaction gives customers a free biriyani. The restaurant specializes in Andhra meals and Hyderabadi biriyani.

Sources say the idea started when the restaurant initiated a tie-up with the Indian Bitcoin Wallet- Unocoin. Unocoin reportedly gave away Rs. 200 worth of bitcoins to every user that downloaded their app. Customers that pay using the said bitcoins at Suri Andhra Mess get a free biriyani.

Previously, the value of a bitcoin was priced at Rs. 3 lakh and the value has now spiked to Rs. 12 lakh, attracting users with the appreciable value.  There are several markets that let people buy and sell bitcoins and applications that give bitcoins with every download. Apart from that, bitcoin miners can solve complicated mathematical equations to create bitcoins.

Considering the all-consuming love we all harbor for our biriyani, how much is too much?

Oviya and Hansika Motwani to join hands?
AR Rahman does it for Udhayanidhi stalin
Comment