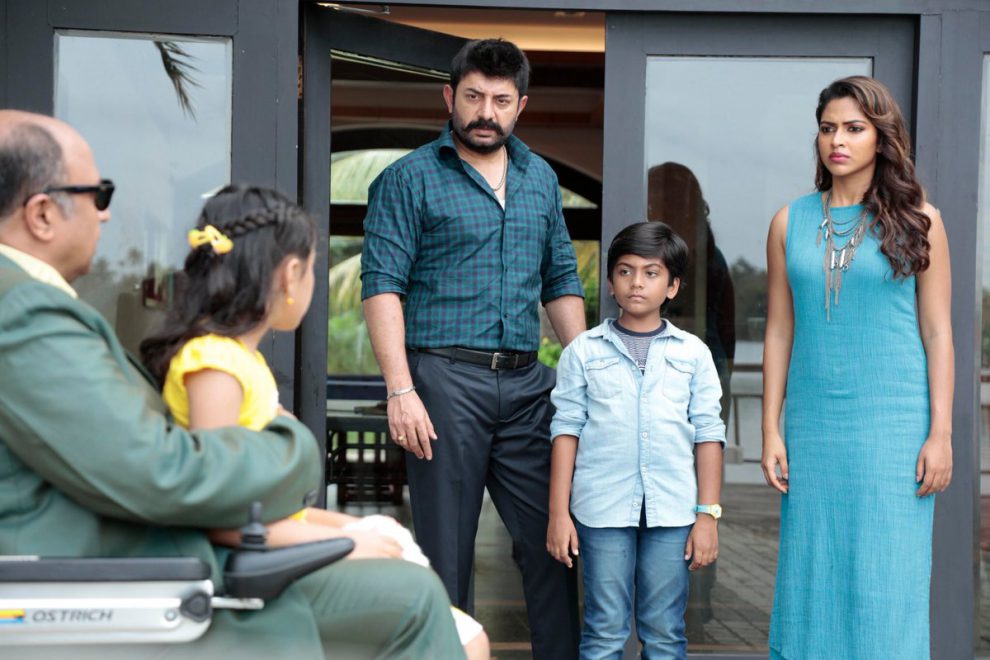 In a first of its kind pairing, actors Arvind Swamy and Amala Paul got together for Bhaskar Oru Rascal, the Malayalam remake of the movie Bhaskar The Rascal. The film has been wrapped up and was eyeing a Pongal release.

However, the latest buzz is that the release date for the movie has been postponed and it will now hit screens on Republic Day. Interestingly, the movie that was supposed to lock horns with films like Thaana Serndha Kootam and Sketch, may now clash with Jeyam Ravi’s Tik Tik Tik.

According to reports, the distributors of Bhaskar Oru Rascal are also distributing Suriya’s Thaana Serndha Kootama and this decision was taken to prevent a clash at the box office.

Directed by Siddique, the film has ‘Baby’ Nainika of Theri fame, Soori and ‘Master’ Raghavan from Sethupathi in important roles.