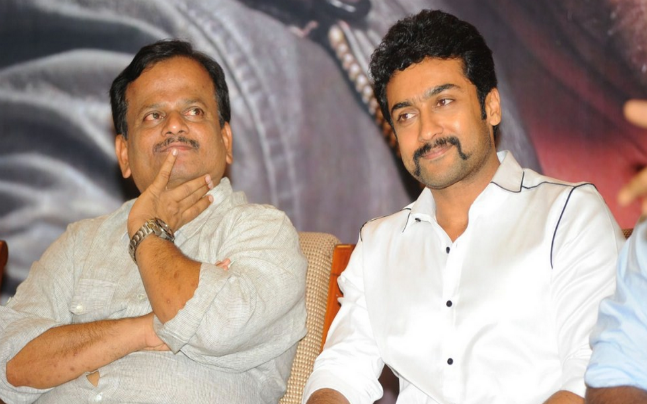 Actor Suriya is currently riding high on the success of the soundtracks Thaana Serndha Kootam. Directed by Vignesh ShivN, the movie is set to hit screens for Pongal and has Keerthy Suresh and Ramya Krishnan in important roles.

Interestingly, ThaanaSerndha Kootam will have a simultaneous release in Telugu, titled as GANG. The songs of the movie have already become chartbusters and Suriya has also said that the movie is suitable for a Pongal release.

Suriya was recently in Hyderabad for the promotion of GANG and according to sources, he has revealed that he will be working with director K.V. Anand. The duo has previously worked on the films Ayan and Maattrraan. It is said that two production houses have expressed interest in producing the film, but nothing is confirmed as yet.

Suriya will begin working on director Selvaraghavan’s film along with Sai Pallavi and Rakul Preet after Pongal and the venture with K.V. Anand is likely to begin after he wraps up shooting for the former.

Suriya already has his hands full for 2018.