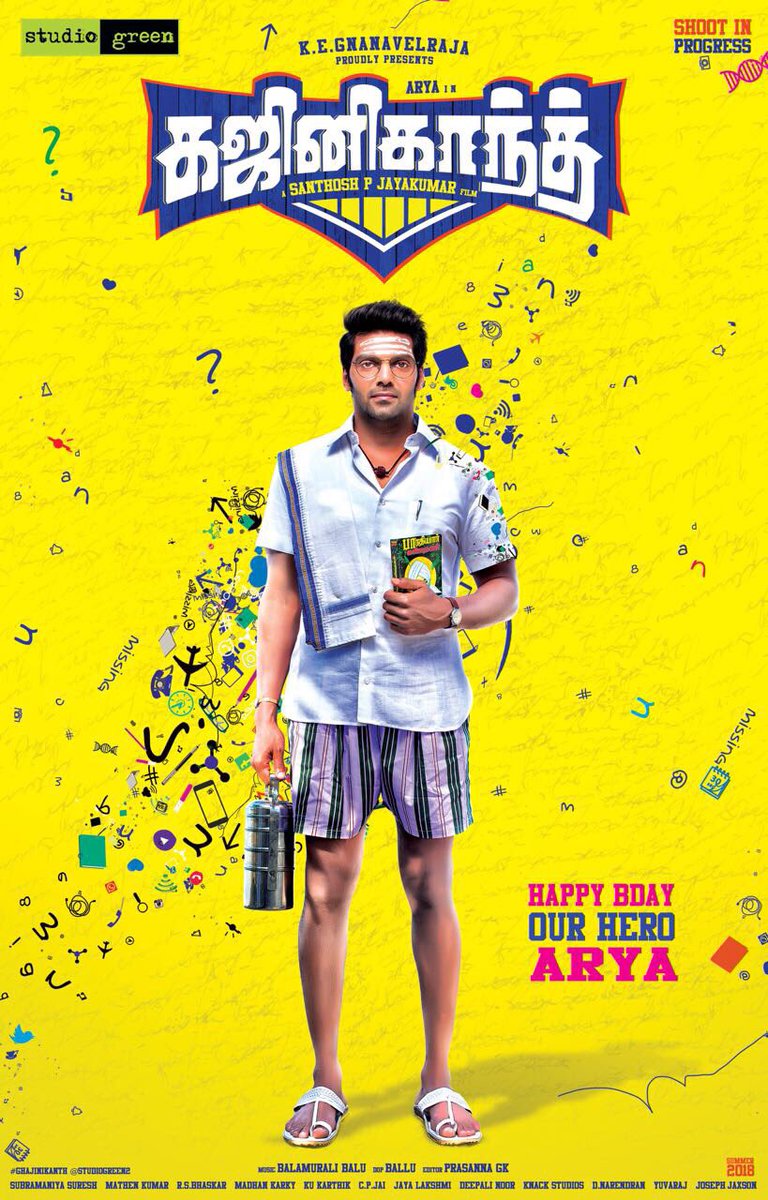 With it’s quirky title and fun-filled romantic posters, Arya’s upcoming movie Ghajinikanth caught the attention of many. The latest update is that the first teaser of the movie will be released on Thursday, January 11.

Directed by Santhosh P. Jayakumar of Hara Hara Mahadevaki fame, the fun-filled comedy entertainer has Sayyeshaa in the female lead. Actors Sathish and Karuna are also playing important roles in the movie.

The title which refers to Superstar’s name Rajinikanth and the Suriya starrer superhit movie Ghajini, has already evoked curiosity among audiences.

Ahead of Rajinikanth’s birthday on December 11, at 12 in the night, actor Suriya released the first look of Ghajinikanth, starring Arya in the lead role. Incidentally, December 11 was Arya’s birthday.

After Naragasooran, director Karthick Naren signs his NEXT!
Vijay Sethupathi’s role in Mani Ratnam project is not a cameo
Comment