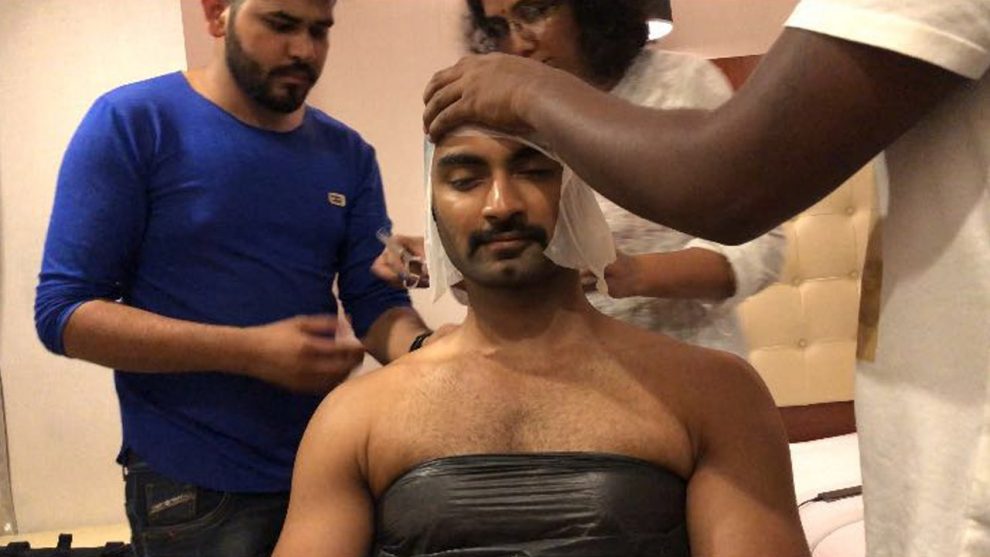 A couple of months ago, it was announced that actor Atharvaa will begin work on his next movie Boomerang. The movie was launched officially with a Pooja with the cast and crew in attendance. It was also revealed that Megha Akash will be playing the female lead.

Actors Sathish, RJ Balaji, Upen Patel and Suhasini Maniratnam will also be seen in important roles in the movie.

According to recent reports, Atharvaa will be seen in 3 different looks in the movie. It is also said that the actor had to undergo three hours of prosthetic makeup for his look. Pictures of the same have been going viral on social media.

Preetisheel Singh and Mark Troy D’Souza are handling the makeup. Both makeup artists have been part of mammoth films like Padmaavat, MOM and 102 Not Out.

The movie’s poster was released by actor Sivakarthikeyan on his Twitter handle. Touted to be an action based thriller, Boomerang has music composed by Radhan of Arjun Reddy fame.