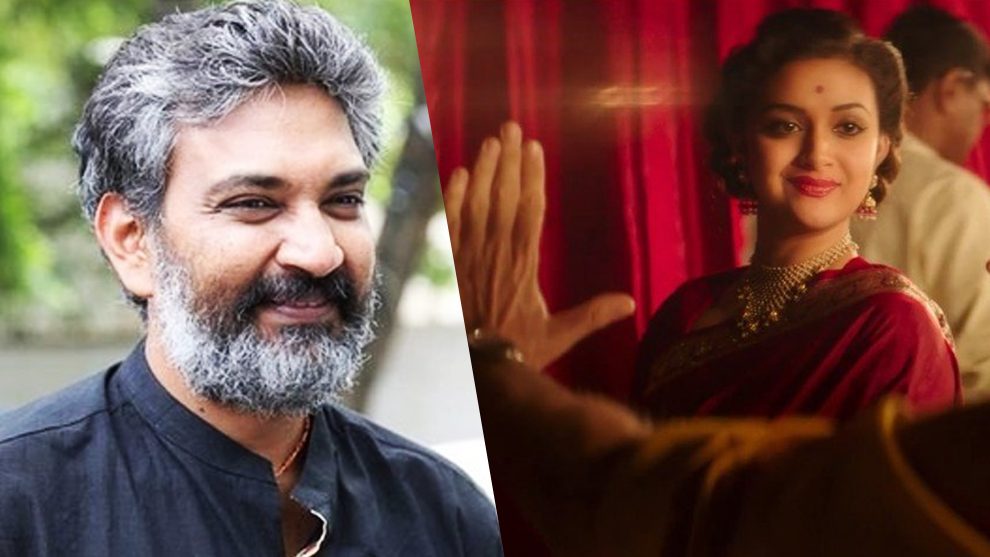 The ‘Savitri biopic’- Mahanati/Nadigayar Thilagam has been in the news for all the right reasons. As the movie releases, appreciation has been pouring in from all corners to the entire team.

Reviews have been raging social media and the audience are all praise for Keerthy and Dulquer’s portrayal of Savitri and Gemini Ganesan respectively.

One of the most noteworthy praises the young team received is from none other than director Rajamouli of Baahubali fame.

In a series of tweets, the director has showered praise on the team and it looks like he has thoroughly enjoyed the movie.

” @KeerthyOfficial’s potrayal of Savitri garu is one of the finest performances I’ve ever seen. It is not just imitating. She brought the legendry actress back to life. @dulQuer is absolutely fantastic. I am his fan now. (sic.)” said one tweet of his.

This was followed by “Congratulations Nag Ashwin and Swapna. Your belief, persistence and determination are remarkable. #Mahanati (sic.)”

Keerthy Suresh had the most amazing response to the director’s tweet- “I still can’t believe my eyes sir!! Means a LOT to me . Thanks a TON sir !!!! (sic.)”

“Bliss to watch the Man of Simplicity to enjoy and dance to my tune”, says D Imman
23 years of Kamal’s Indian – Things you probably didn’t know about the blockbuster!
Comment