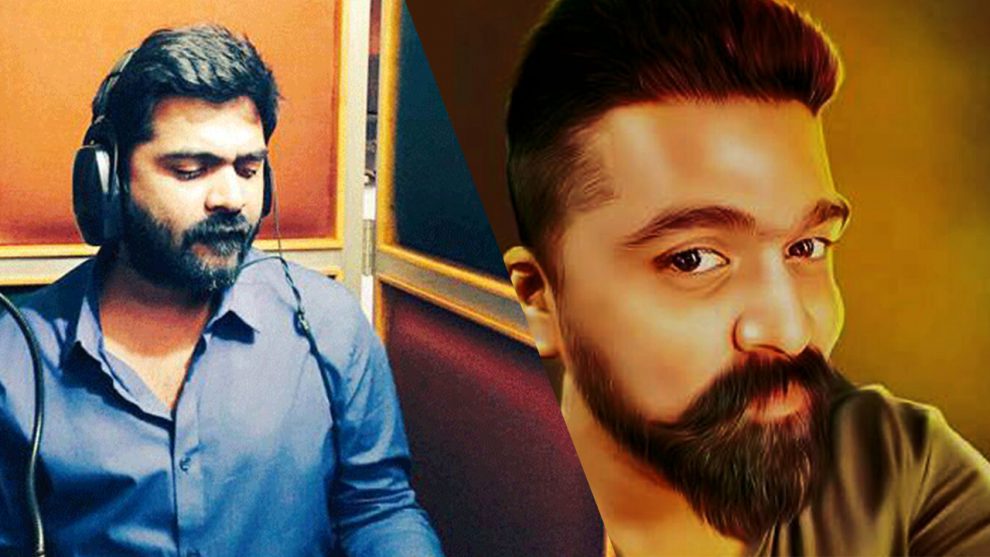 Here’s a big surprise coming up for all STR fans out there! The makers of actor Prithvi Rajan’s upcoming movie Thodra have unveiled few interesting posters on social media.

Stating that a surprising news for STR fans will be announced on February 3, the movie’s posters read, “Simbuku – Thiku Thiku Bakku Bakku – Reason Behind????”. Interestingly, the announcement date coincides with STR’s birthday. Well, what would be the surprise? Let’s wait and watch!

Actor Prithvi Rajan, son of veteran actor Pandiarajan, who made his Kollywood debut with Kaivandha Kalai, is playing the lead role in Thodra. Newcomer Veena plays the female lead in the movie, which is expected to release soon. 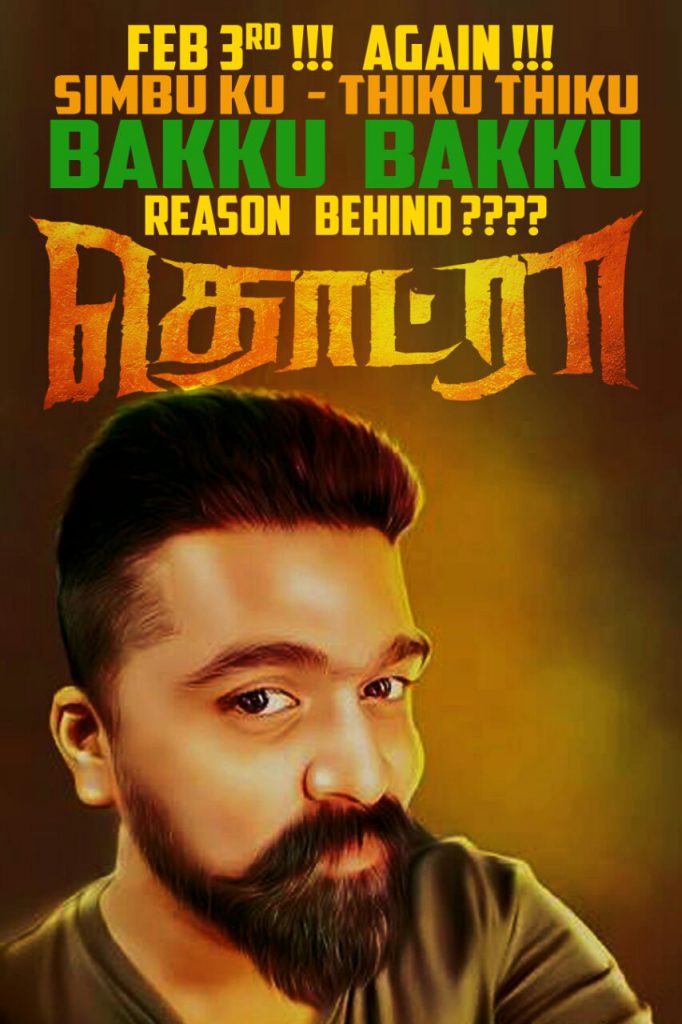 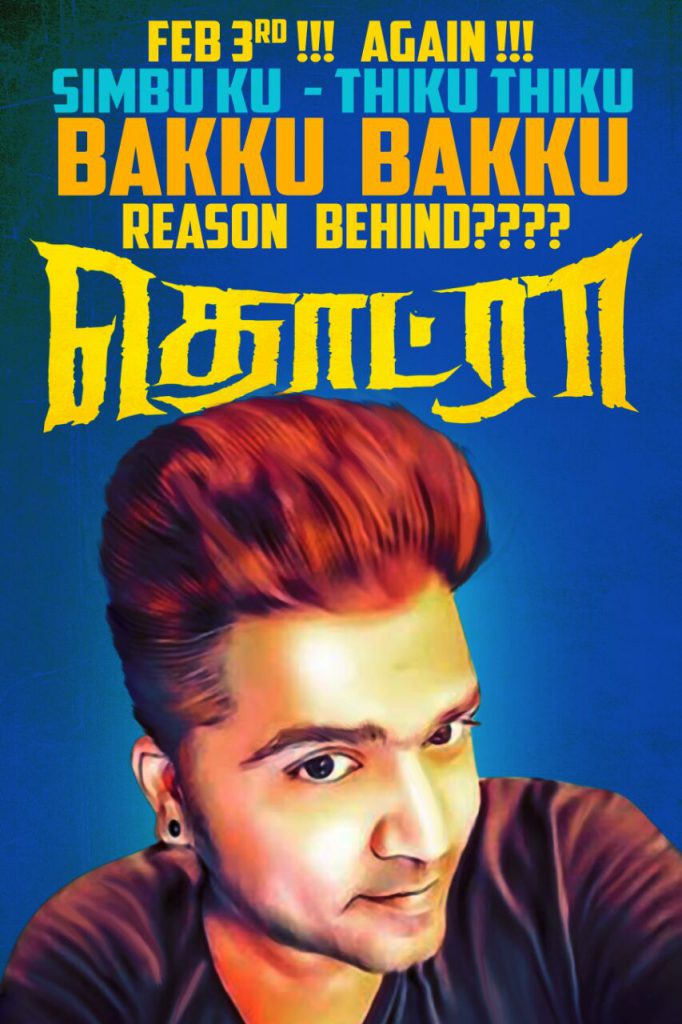