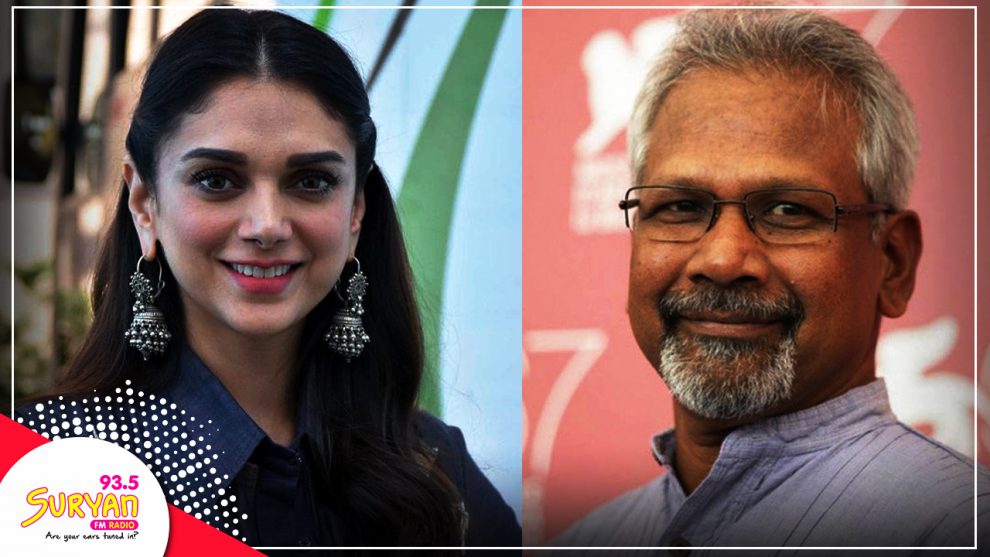 News about Mani Ratnam’s next has been doing rounds on social media for quite a while now. Only recently, an image of the ace director along with popular actor Simbu went viral. The actor had reportedly attended Mani Ratnam’s acting class to prep for his role in the movie.

There has been a lot of speculation surrounding the project. Word has it that actors Vijay Sethupathi, Fahadh Faasil, Jyothika and Aishwarya Rajesh have also been roped in for the movie. According to rumours, actors Praskash Raj and Jayasudha will also be featured in important roles in the movie.

Now, latest reports say that Aditi Rao Hydari of Padmavat fame has also been looped in. However, there has been no official confirmation from her and she is reportedly waiting for the production house to say the official word.

The bilingual multi-starrer will start rolling soon and according to sources, certain parts of it will be shot abroad.Lady luck seems to be smiling at Aditi this year, with Padmavat working wonders at the box office and her Mani Ratnam project going on floors soon.