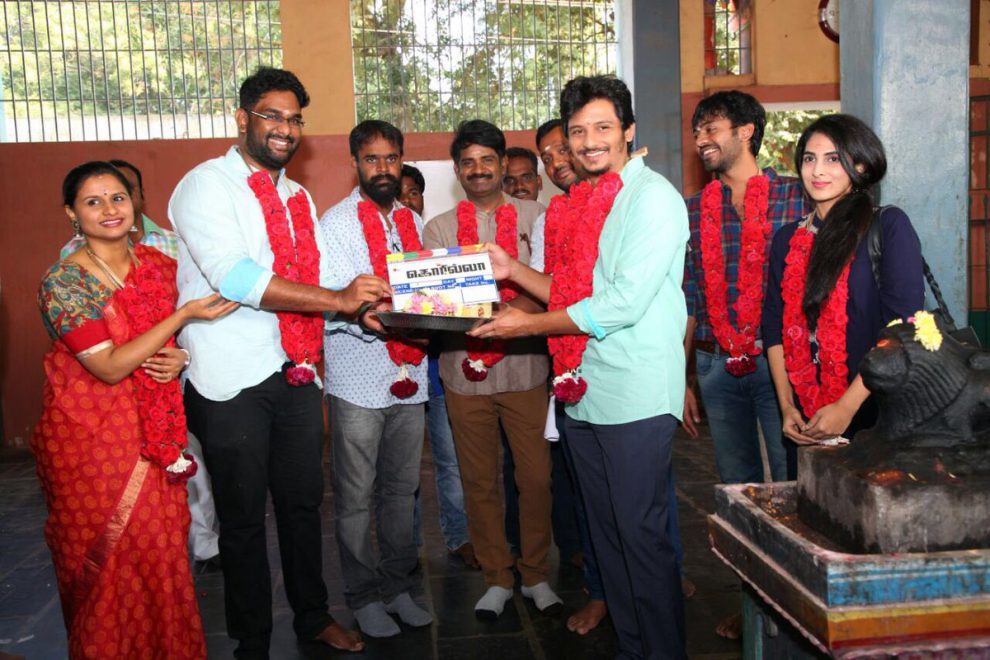 As reported earlier, actors Jiiva and Shalini Pandey are working together on a Tamil film titled Gorilla. The movie’s shoot has begun today with a customary Pooja attended by its cast and crew.

Touted to be a heist comedy, Gorilla is directed by Don Sandy. As is evident from the movie’s title, it would be featuring a trained chimpanzee in an important role. The movie is expected to have stunning action sequences involving the chimp.

The title look of the film was unveiled by Jiiva on his Twitter page today at 5 p.m.

From the  18 seconds video, we presume that the movie is likely to deal with money and smuggling. Well, the movie’s shoot has just begun today. As the shoot progresses, we will update you more on the project.

Sam CS of Vikram Vedha will compose music for the film, produced by Vijayaraghavendra. Anthony L. Ruben will take care of the editing department. More details on the project are expected to be announced soon.

Jiiva is also awaiting the release of Kee and Kalakalappu 2, both slated to hit the big screens on February 9.
TagsGorilla Jiiva Kalakalappu 2 Kee Shalini Pandey