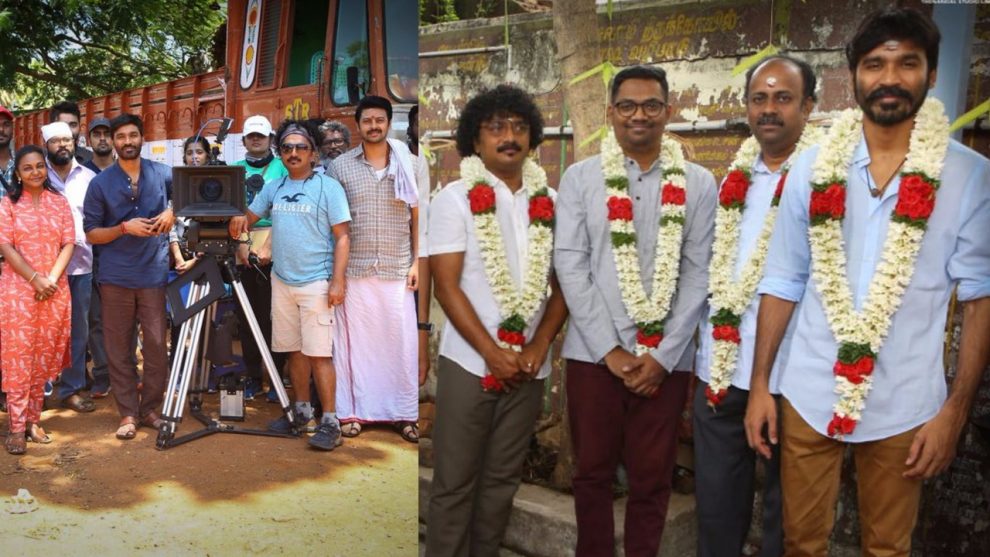 Actor Dhanush has been working on Vada Chennai, Maari 2 and Ennai Nokki Paayum Thotta this year. He has been giving several updates about his ongoing projects.

The release date for Vada Chennai has been announced and dubbing is in progress for Maari 2. Now, another surprise announcement has come from the actor.

“Shooting of our next project with the dynamic @dhanushkraja, as director and hero, with a super talented team has begun! Excited and looking forward to this bilingual ! #DD2 @iamnagarjuna @realsarathkumar @iamsjsuryah #Srikanth @aditiraohydari @Hemarukmani1 @muraliramasamy (sic)” they had tweeted.

It looks like Dhanush will be directing and starring as the lead in a movie produced by Sri Thenandal films. The movie marks Dhanush’s second directorial and stars Aditi Rao Hydari, SJ Suryah, Nagarjuna, Srikanth and Sarath Kumar.

The makers have also posted pictures from the shooting spot.