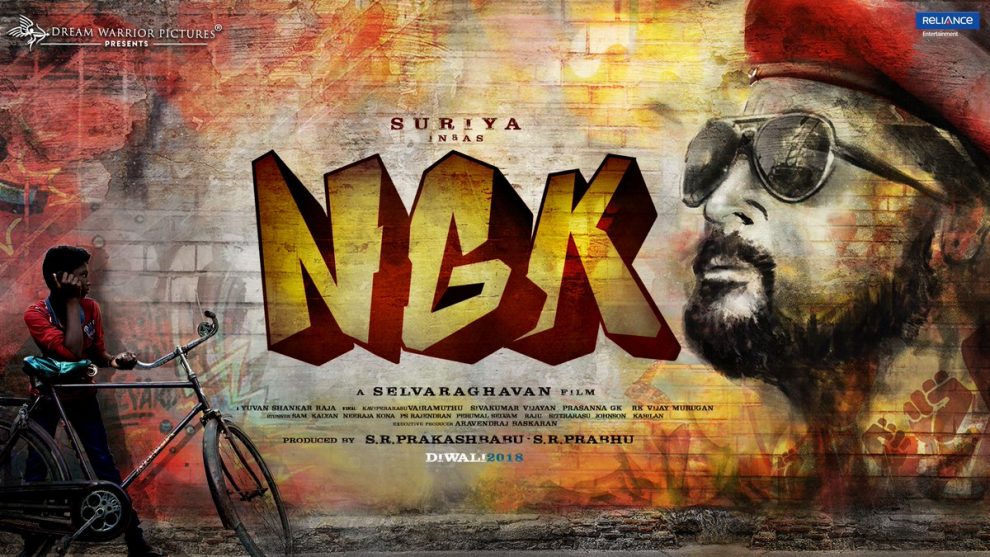 The first look of Suriya’s NGK, popularly called Suriya 36, released a few days ago and left his fans delighted.  The director of the movie- Selvaraghavan and actor Suriya himself released the poster on Twitter and fans went into a frenzy trying to break down the many elements in it.

The poster had Suriya sporting a look that seemed inspired by Argentinian Marxist revolutionary activist, Che Guevara. The movie is being called NGK and there were rumors that it stood for Nanda Gopalan Kumaran.

The first look that was released initially was analyzed thoroughly. We noticed everything from graffiti on the walls, folded fists, Suriya’s rugged look and more. The poster also revealed that Suriya would star in it as NGK.

It all seemed rather rebellious and gave us a hint at the revolution the movie would be. However, the producers of the movie have just released yet another version of the first look, and this one is even deeper.

In the extended version, there is a little boy in a red shirt with his cycle, staring wistfully at NGK in the wall behind him. This poster too has raised the curiosity of the audience and made them more expectant, if anything.

NGK is expected to release for Diwali this year and will most likely lock horns with Thalapathy Vijay‘s untitled movie directed by A.R. Murugadoss, along with Keerthy Suresh in the lead. Interestingly, it is speculated that Ajith’s next film Viswasam is also eyeing a Diwali release. If this happens, it would be the clash of the year.