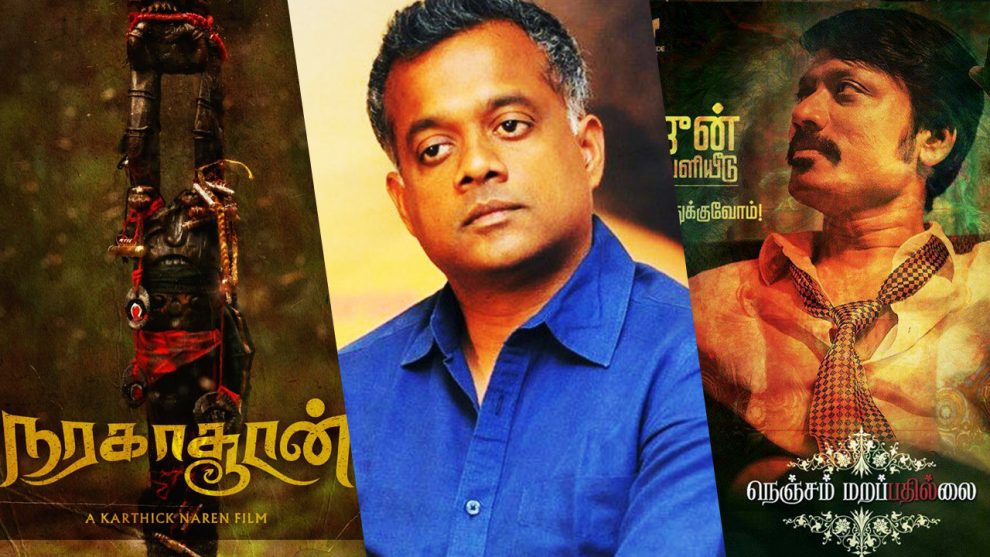 Only recently, social media was abuzz with the tiff between directors Gautham Menon and Karthick Naren. It is widely known that Karthick’s upcoming movie was financed by Gautham Menon’s production house- Ondraaga Entertainment.

In a recent exchange of tweets, Karthick has denoted that things are rather bitter between the two, owing to financial issues.

According to reports, Karthick has stated that Gautham has not invested in Naragasooran and that they were “treated like trash & made to invest on our own”.

Now, another producer has come forward and expressed his displeasure at Gautham Menon on Twitter. Nenjam Marappathillai, a horror film starring SJ Suryah, Regina Cassandra, and Nandita Sweta has been financed by Ondraaga Entertainment and GLO Studios.

The movie was supposed to release in 2017 but is yet to see the light of the day.

Following the exchange of tweets between Karthick and Gautham, Siddharth Rao of GLO Studios also took to Twitter to express his thoughts on the issue.

Retweeting Karthick, he has said “For all those asking over the last year … The below thread is exactly what is happening with #NenjamMarappathillai . (sic.)”