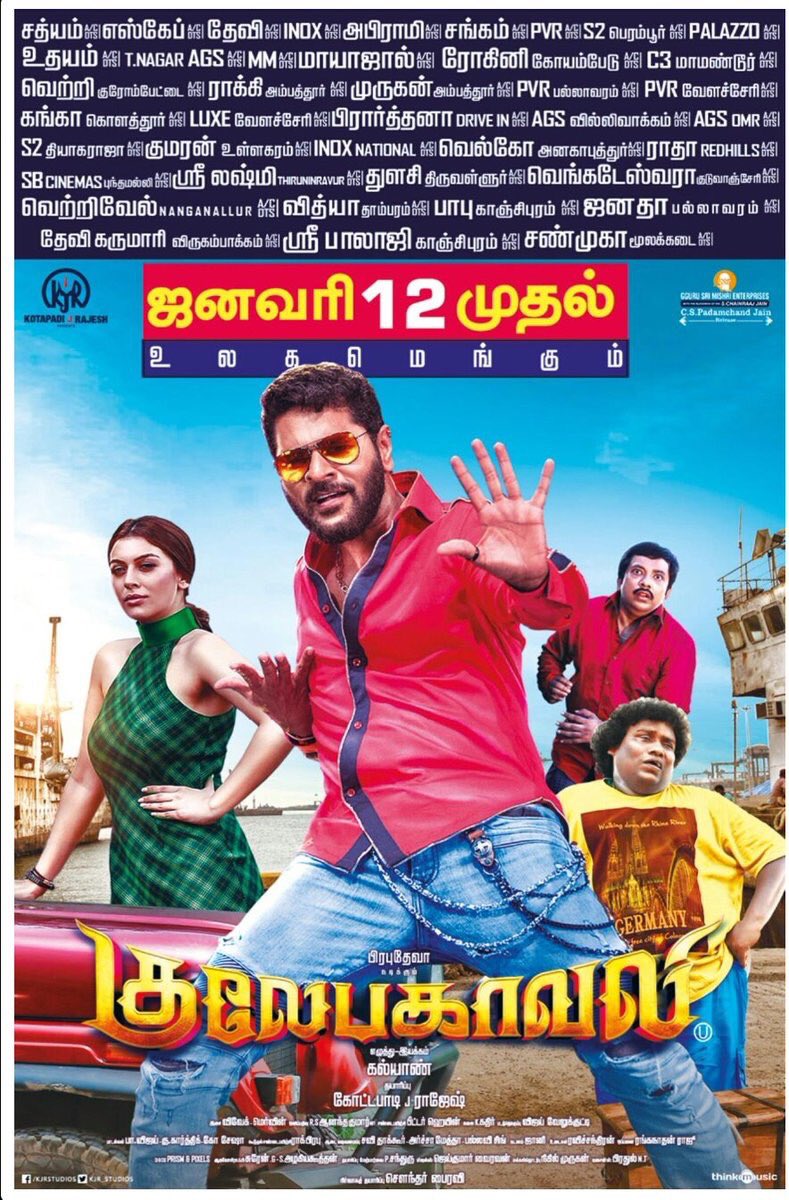 In a first of its kind combination, Prabhu Deva and Hansika have been paired in Gulaebaghavali. Said to be a complete dance entertainer releasing for Pongal, the movie’s songs have been receiving a positive response all over.

The movie also boasts of a bevy of other actors, including Revathi, Ramdoss, Yogi Babu and Anandaraj. Promotions are in full swing for the movie and only recently, the second official trailer of the movie was released.

Sources even say that the Gulaebaghavali team is confident of the movie’s success, despite two other biggies– Thaana Serndha Kootam and Sketch– releasing that same weekend.

Check out the trailer here: