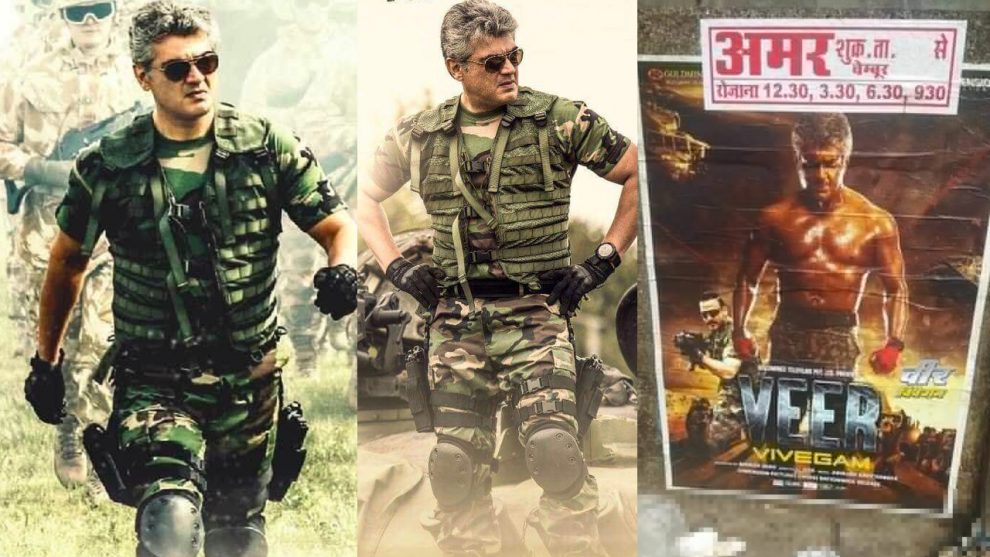 The Hindi dubbed version of Ajith-starrrer Vivegam was released in Nepal and parts of North India this weekend. The action film, directed by Sivakumar Jayakumar, popularly known as Siva, received mixed response in the south, despite having Ajith and Vivek Oberoi in its cast.

Going by the response on social media, the movie seems to have made a connection with the audience. Here are some responses on Twitter: 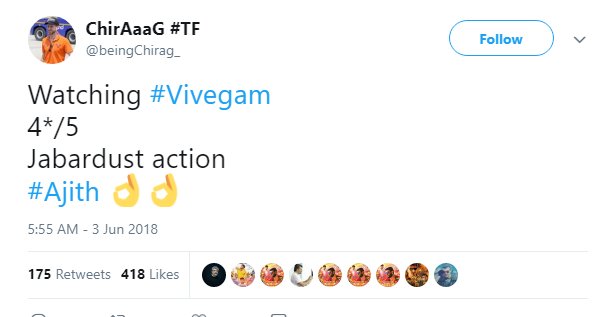 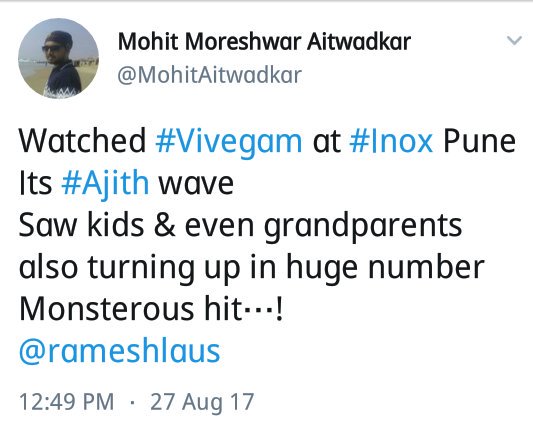 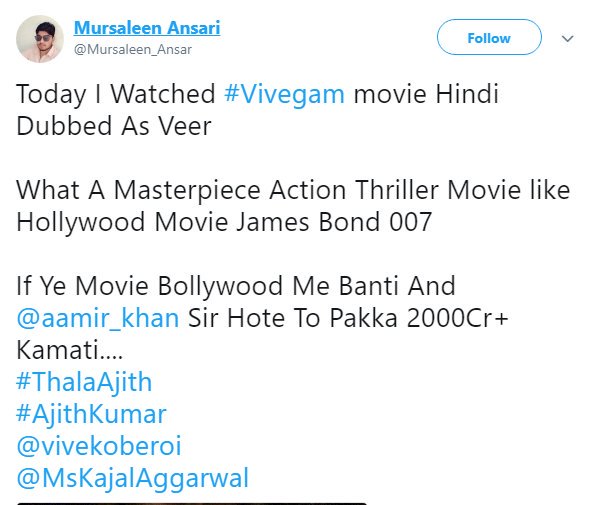 Vivegam was released worldwide on 24 August, 2017.