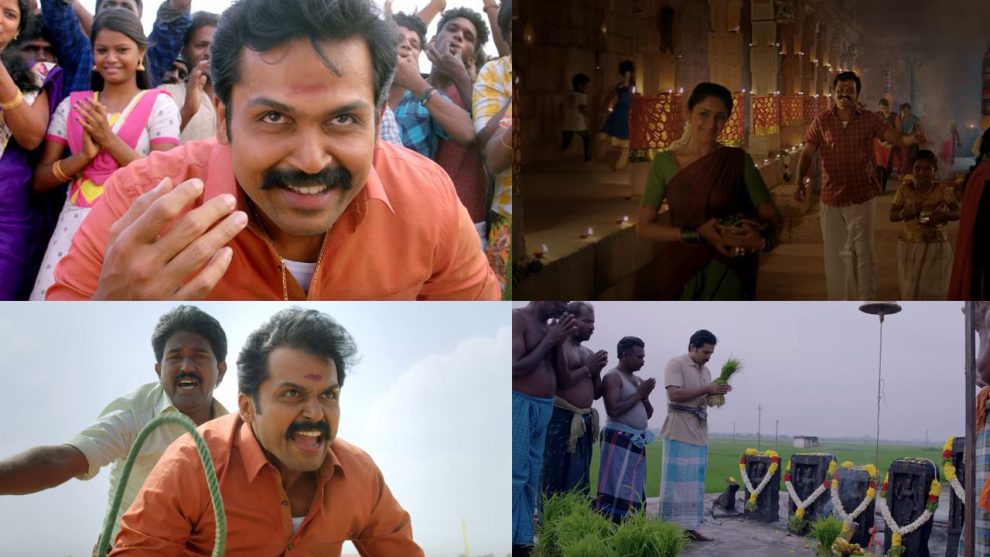 Actor Karthi will be seen donning a farmer’s avatar in his next movie Kadaikutty Singam. The movie’s official trailer was released recently on Twitter by actor Suriya and is raking in views.

As expressed earlier, the movie promises to be a rural entertainer that is based on agriculture. Directed by Pandiaraj,  the movie has Sayyeshaa in the female lead. Sathyaraj, Banupriya, Priya Bhavani Shankar and others will be seen in important roles.

Pictures from the shooting spot of the movie have been going viral on social media. Check out a few here.