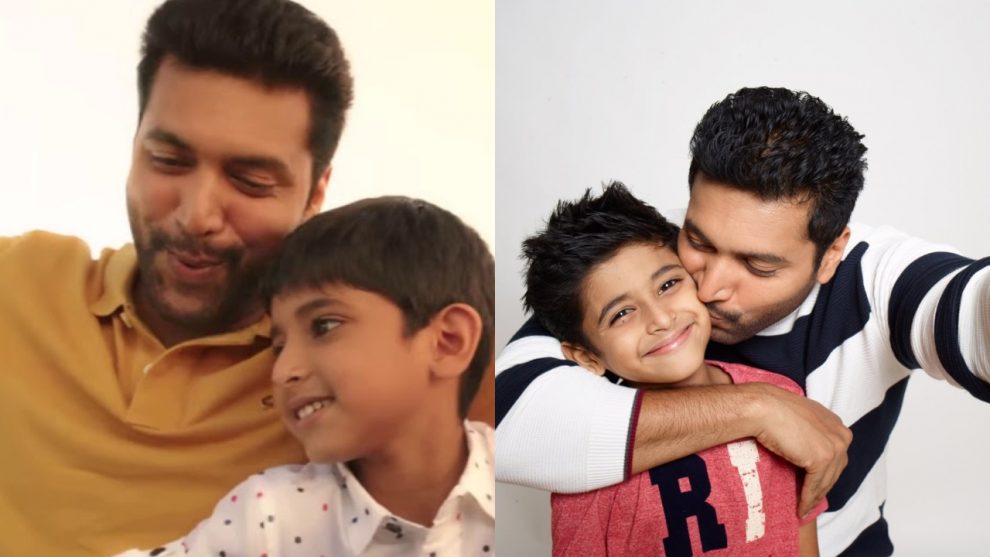 It is by now a well-known fact that actor Jayam Ravi’s son Aarav Ravi is making his debut as child actor in his father’s movie Tik Tik Tik. The child star already has his own set of fans and his movie is hitting screens on June 22.

Jayam Ravi made his debut with the blockbuster movie Jayam, opposite Sadha. The movie was directed by Mohan Raja, Ravi’s elder brother. Mohan Raja has made an interesting observation on Twitter about nephew Aarav’s debut.

“Today is 15th year of #Jayam & @actor_jayamravi (21/06/03 to 21/06/18)😇 And tomorrow is First day in career for our #Aaravravi chellakutty 😇😇Requesting u all sincerely to bless them both with a GREAT success tomorrow for their tremendous effort in #TikTikTik 🙏 #fdfsTikTikTik (sic.)” he has said.

It is indeed true! Jayam Ravi’s debut movie released on June 21, 2003 and his son Aarav is set to make his debut years later on almost the same day.