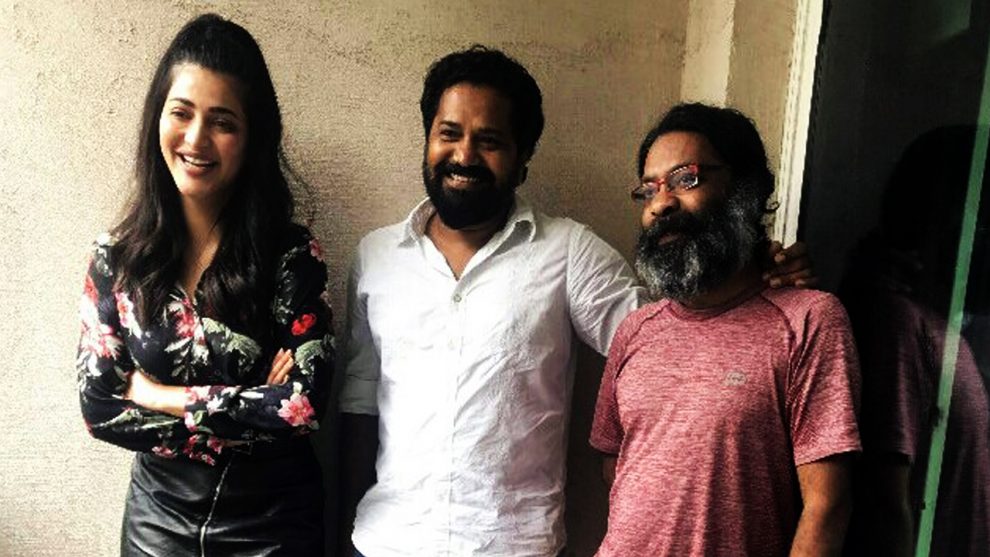 In an exclusive interview with us, director Jayaprakash shared his excitement on being associated with Shruti Haasan, his experimental attempt of storytelling with no scripted dialogues, minimalistic approach to filmmaking and much more.

Full text of the interview with director Jayaprakash Radhakrishnan

What is ‘The Mosquito Philosophy’ all about?

It’s about marriage and will showcase realistic narration of the same. The movie was shot with just a basic idea of the story and had no script.

The interesting factor is that nobody else knew the story except me and the film’s hero. It was shot with spontaneous, no scripted dialogues that kept the conversations real.

We shot the film in 2 days, within just 6 hours. Generally, filmmaking involves a lot of money, commitments, etc, and so I just thought of doing something opposite of it.

A total of 8 members are involved in the project. I play myself in the movie along with my wife, son and my assistant directors. We had no lightmen, managers, art directors, nothing.

My previous film Lens was screened at Jagran film festival, and I won the best director award there. The festival’s jury chairman was Shruti Haasan’s mom Sarika, who was impressed with Lens.

When they came down to Chennai recently, I met them and during the discussions, I showed them The Mosquito Philosophy. They liked the movie and agreed to present it to the world.

All the best The Mosquito Philosophy team.