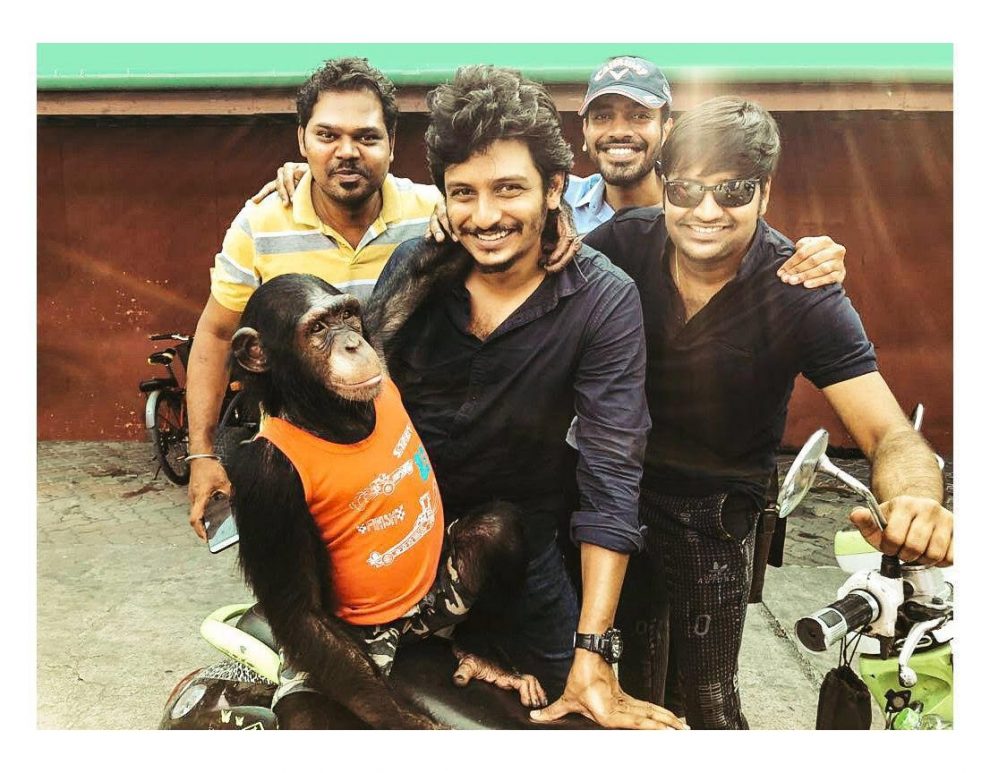 Actor Jiiva is busy with a couple of Kollywood projects. The Kalakalappu star who has been shooting for his upcoming heist thriller Gorilla has completed the second schedule of the movie in Thailand.

Jiiva took to his Twitter handle to announce the news, along with an adorable picture with the team. “Successfully completed Thailand second schedule #missingkong #gorilla”, tweeted Jiiva.

The adorable chimp is the star in the picture and netizens couldn’t take eyes off him. Sporting a funky trouser and t-shirt, the chimp is seen holding tight to Jiiva in the photo. As you know, the chimpanzee will be essaying an important role in the movie.

Touted to be a heist comedy, the movie promises to have high octane action sequences involving the chimp. It is reported that major action scenes involving the chimp are almost shot in the Thailand schedule. Directed by Don Sandy, Gorilla has Shalini Pandey in the female lead.  More updates on the movie are awaited!

Mysskin, PC Sreeram and Shanthnu Bhagyaraj come together for a movie
Stars you won’t believe are the same age!
Comment