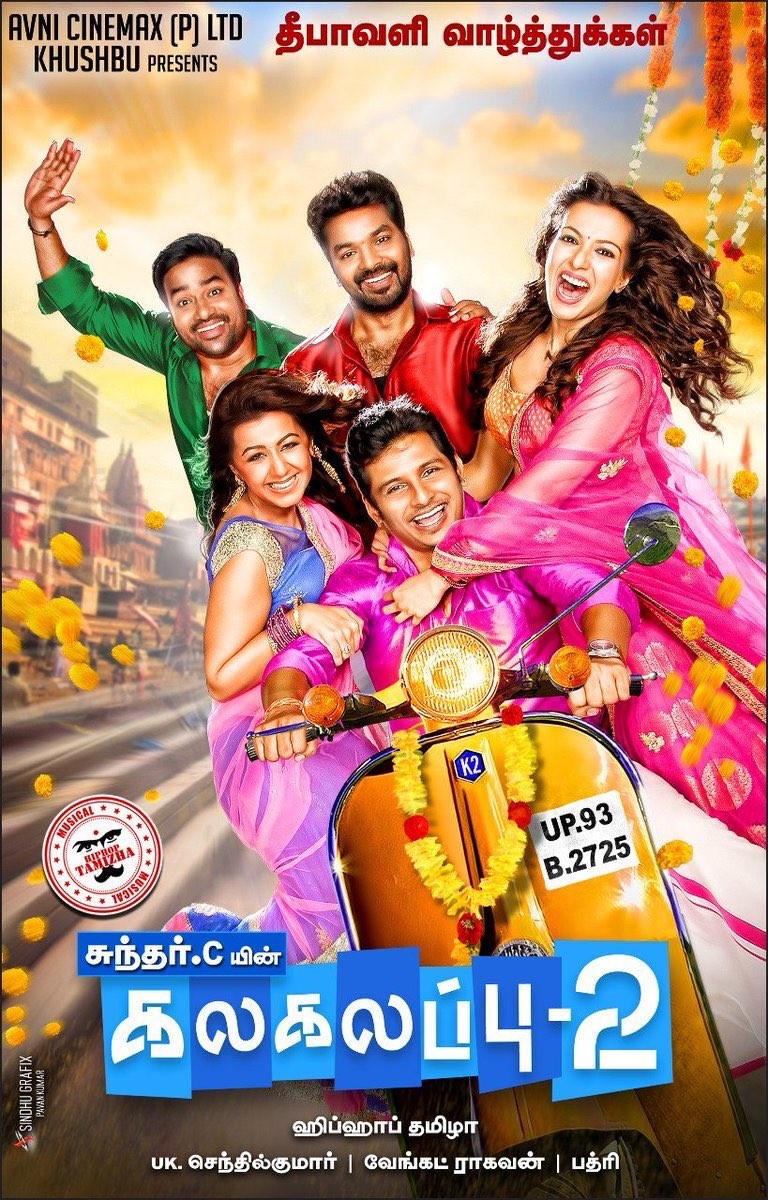 Following the success of Kalakalappu, Sundar C has assembled a large star cast, including Jiiva, Jai, Mirchi Shiva, Catherine Teresa and Nikki Galrani for his next venture- Kalakalappu 2.

According to reports, Sundar C has completed shooting for the film and the dubbing has already begun and the film is set to hit screens for Pongal 2018.

The film’s shoot commenced on October 4 and was completed exactly sixty days later, on December 4. Reports say that all 3 units of the film worked in parallel, eyeing a Pongal release.

Sundar C was even quoted saying “My film is complete and certain for Pongal. It will be censored before year end and I think it is a perfect release date for a total comedy entertainer like K2.”

Kalakalappu 1 has already set the bar for a commercial entertainer and fans are expecting the same amount of fun from its sequel.