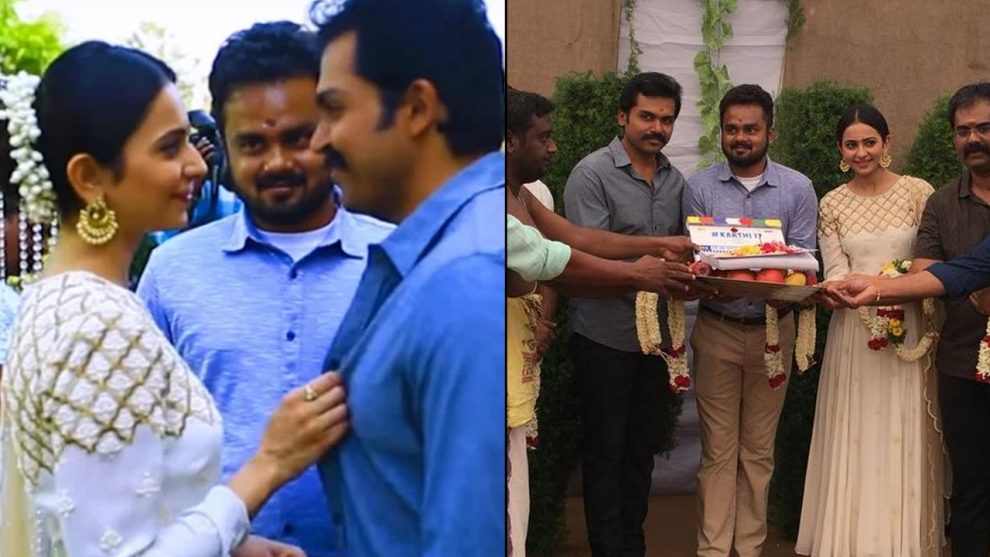 Actors Karthi and Rakul Preet became one of Kollywood’s favourite on-screen couples with Theeran Adhigaaram Ondru. We had earlier reported that the duo will be joining hands again for a new movie.

Directed by debutant  Rajath Ravishankar, the movie is being financed by Reliance Entertainment and is expected to be a big budget movie.

Popularly dubbed Karthi 17 on social media, our sources have recently confirmed that the movie has been titled Dev.

The movie boasts of an impressive cast list including Prakash Raj, Ramya Krishnan, R.J. Vignesh, Amrutha and Renuka. It is also said that ‘Navarasa Nayagan’ Karthik will be seen in a cameo in the movie.

It was earlier announced that the shooting for the movie will begin on March 8 in Chennai. It is also speculated that the team will shoot schedules in certain European countries, followed by  Hyderabad, Mumbai and the Himalayas.