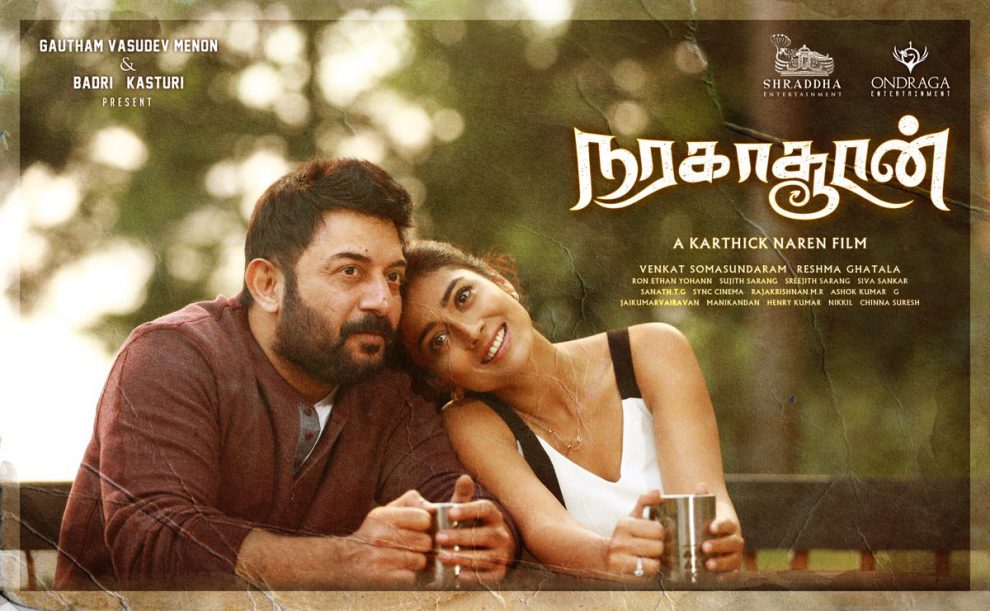 Director Karthick Naren shot to fame with his debut movie Dhuruvangal Pathinaaru. Featuring actor Rahman in the lead, the luring script and narrative instantly made him one of the most promising directors of Kollywood.

His next film, titled Naragasooran, has Arvind Swami, Shriya Saran, Sundeep Kishan, Indrajith and Aathmika in the lead roles is being bankrolled by ace director Gautham Menon.

Recently, Karthick posted a few pictures of music director Ron Ethan Yohann composing music for the film and also announced that the film is nearing completion.

In an earlier tweet, the director had revealed the names of the lead characters and given us a hint at the storyline.

Having taken the road less traveled for his debut, Karthick Naren set the bar high. His second movie boasts of a powerful star cast and comes from a strong production. However, we will have to wait for the release of the movie to make a final assessment.