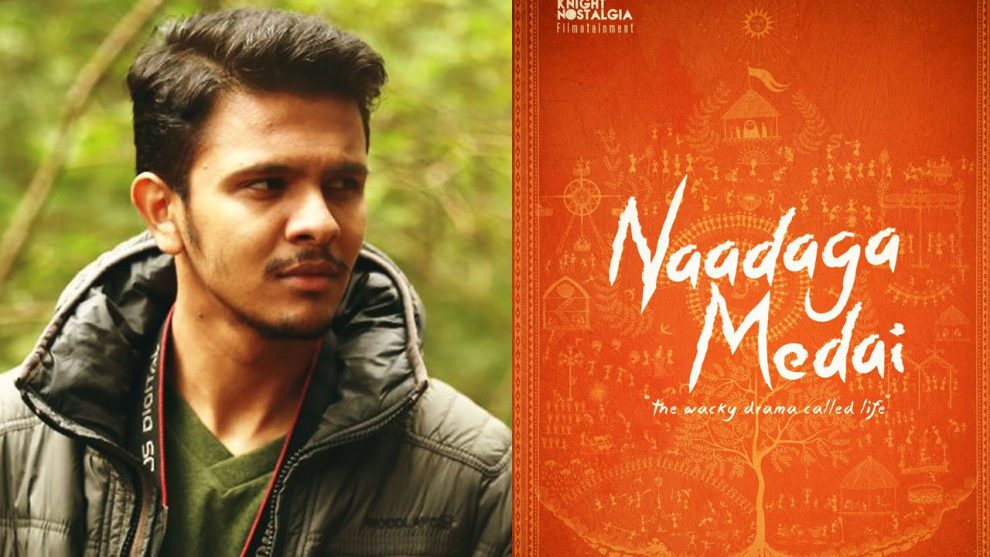 A young director who won all our hearts with his debut movie Dhuruvangal Pathinaaru, Karthick Naren has been on a ride since then.

He is currently working on his next movie Naragasooran, starring Arvind Swami, Shriya Saran, Indrajith and Aathmika in the lead. Only recently, the director put up a tweet revealing the characters in his movie.

Now that his movie is nearing completion, the director made an important announcement on Twitter. The young talent has revealed that he is all set to work on his third movie and has titled it Naadaga Medai.

‘Naadaga Medai’ – A light hearted film about the modern day society through the eyes of youngsters with varying perceptions about life. On floors from mid 2018. Cast will be revealed soon 🙂 pic.twitter.com/ZJLpzCT1eO

From his tweet, it sure looks like this movie too will be as thought-provoking as his previous ventures.