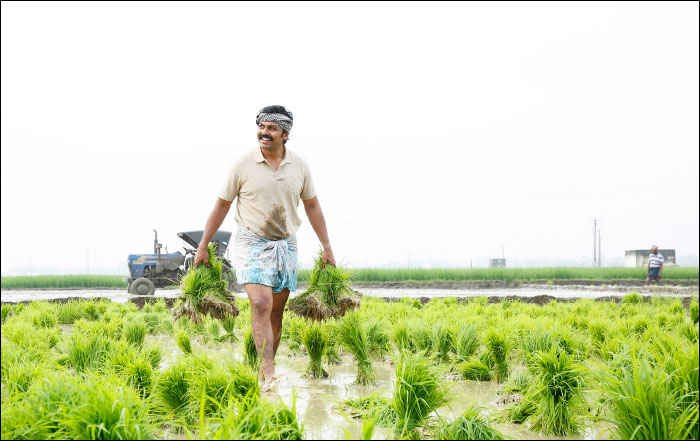 Actor Karthi is all busy shooting for Pandiraj’s directorial Kadai Kutty Singam. Ever since the first look poster of the movie released, there have been speculations doing the round that the actor will be playing the role of a farmer.

Now, the makers of the movie have released some brand new shooting stills. Confirming speculations, the new poster also has references to farmers and agriculture.

The village-based entertainer has Sayyeshaa in the female lead. The movie also has Priya Bhavanishankar in an important character. From the recently released pictures, it is revealed that veteran actor Sathyaraj is playing Karthi’s father in the movie.

Actors Sreeman, Soori, and Ponvannan are also part of the film. D.Imman is composing music and Velraj is handling the camera department. Looks like a colorful family entertainer is awaiting all Karthi fans out there!

Kadai Kutty Singam’s first look was unveiled on the day of Pongal. The film that is Karthi’s 16th and 2D Entertainment’s 5th production venture is also releasing in Telugu with the title Chinna Babu. The movie’s shoot is currently progressing at a brisk pace.