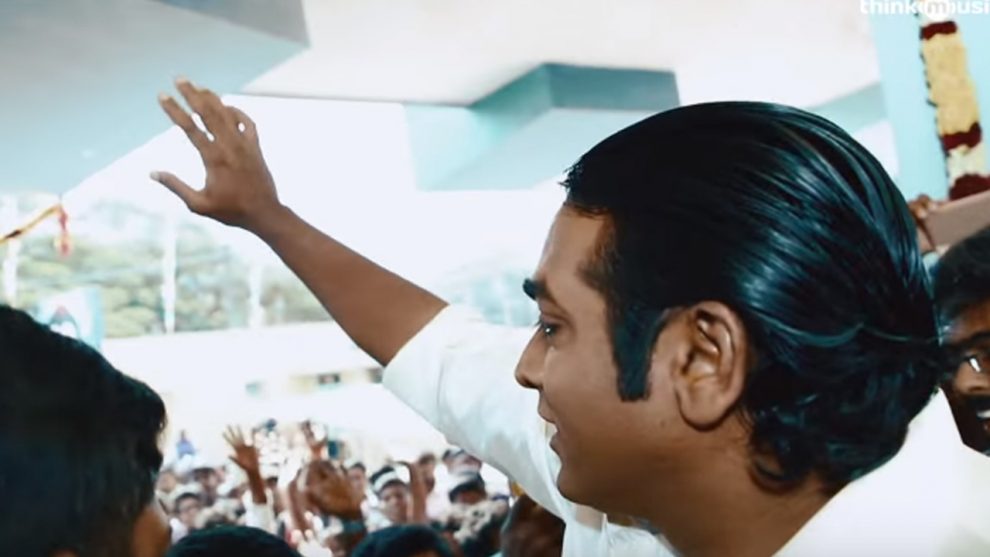 The makers of actor Vijay Sethupathi’s upcoming movie Junga recently unveiled the audio tracks of the movie. Composed by Siddharth Vipin, the movie’s music album has already created a buzz among fans.

The latest is that the much-awaited lyric video of the ‘Makkal Selvan Fans song’ will be unveiled on Tuesday evening.

Starring alongside Sayyeshaa and Madonna Sebastian, Vijay Sethupathi will be sporting two distinct looks in the film. From the looks of the posters, actor Vijay Sethupathi is essaying the role of a don in the movie, which is primarily shot in India and Paris.

Actors Yogi Babu and Saranya Ponvannan will also be appearing in important characters. Directed by Gokul and produced by Vijay Sethupathi Productions, Junga is expected to hit the big screens soon.