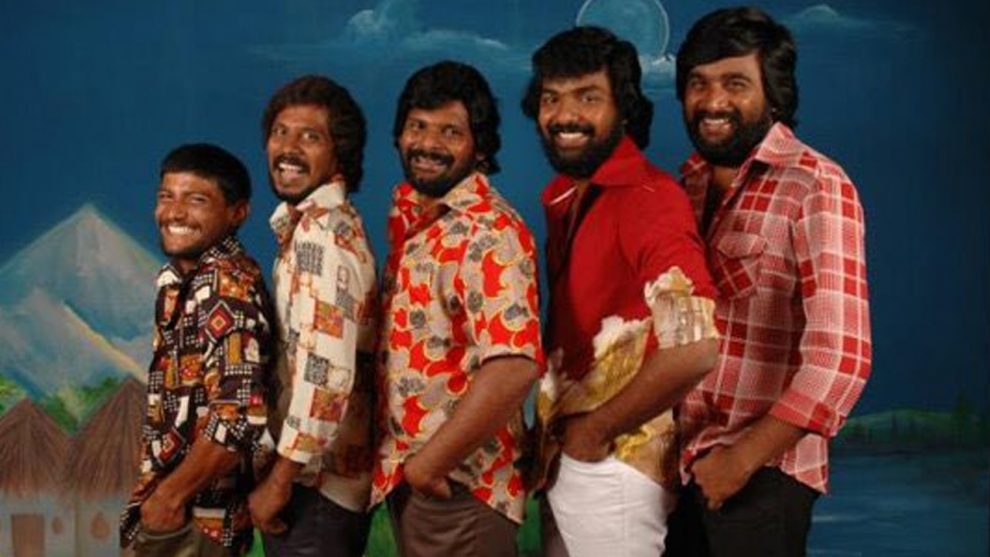 With each turn of the calendar, a number of movies line up to enthrall audiences. The year 2008 may not feel like long ago, but, as of 2018, it’s been 10 years since some of our favorite Tamil movies released, that are still worth re-watching today.

You will not believe, as many as 12 most popular Tamil films are turning 10 years old in 2018. Take a stroll down movie memory lane, that will make you feel old!

Starting with Bheema, starring Vikram and Trisha in lead roles, the action entertainer was directed by N. Linguswamy. Bheema was one of the much-hyped projects of 2008 as it brought together the super hit Jodi after Saamy. Bheema was the first Tamil release of the year and did a fair business at the box-office. Even after a decade, the movie’s songs still top the playlist of many.

Santhosh Subramaniam, the Tamil remake of the Telugu super hit Bommarillu, was directed by Mohan Raja. Starring Jayam Ravi and Genelia D’Souza, the family entertainer which revolves around a doting father, a loving son and his bubbly lady love opened to a positive response from the audience and commercially successful too. Santhosh Subramaniam was a cakewalk for actress Genelia, who is still remembered by Tamil audience by her character Haasini in the movie.

The science fiction thriller Dasavathaaram featuring Kamal Haasan in 10 avatars, had Asin in the female lead. With its visual grandeur and never-seen-before looks of Kamal Haasan, Dasavathaaram was a commercial success. While the movie bagged the best film award, the versatile actor won the best actor award at the Tamil Nadu State Film Awards.

The period drama starring Jai, Sasikumar, Swathi, and Samuthirakani in lead roles, opened to a positive response from the audience. Directed by Sasikumar, Subramaniapuram was a modest success at the box-office, but over the years, the movie turned out to be a cult classic in the history of Tamil cinema.

The racy thriller Kuruvi starring Vijay and Trisha in lead roles was released amidst huge expectations. The movie was a treat to Vijay fans, but Kuruvi disappointed the critics. Kuruvi which brought together Trisha and Vijay for the fourth time was an average success at the domestic box-office. However, the hype created by the project and its peppy fresh numbers remain still fresh in our hearts even after a decade.

The much loved romantic family drama Vaaranam Aayiram directed by Gautham Menon was released towards the end of 2008. Starring Suriya, Simran, Divya Spandana and Sameera Reddy in lead roles, Vaaranam Aayiram is a moving tale of a father and son, and their beautiful journey. With its right combination of romance, emotions and scintillating songs, Vaaranam Aayiram impressed the audience, especially youngsters. This throwback movie also proved to be a raving success at the box-office. Even after a decade, the movie is as magical as the first time we saw it in theatres.

You either loved it or hated it. But you can’t argue that the amazing chemistry of Jayam Ravi and Kangana Ranaut turned USP in this movie though. Directed by Jeeva, Dhaam Dhoom was a superhit at the box-office, setting a milestone in Jayam Ravi’s acting career. Can you believe the movie completes 10 years this 2018?

The family entertainer which revolves around how a father-daughter relationship develops through years, starred Trisha, Prakash Raj and Ganesh Venkatraman in lead roles. Directed by Mozhi fame Radha Mohan, Abhiyum Naanum opened to positive responses from audience and critics alike. From appearing as a teenager to a matured assertive women, Abhiyum Naanum cements a special place in Trisha’s acting career and is considered to be one of her career-best performances.

Thala Ajith’s action thriller Aegan directed by Raju Sundaram also turns a decade old this 2018. The movie which brought together Ajith and Nayanthara in lead roles, may not have impressed the critics, but the movie was an absolute delight for Thala fans, who are eagerly waiting for the lead pair’s reunion in Viswasam.

Venkat Prabhu’s comedy-thriller Saroja featuring Shiva, Premgi, Vaibhav Reddy, SPB Charan, Prakash Raj and Jayaram, was a huge commercial success, making it one of the blockbusters of 2018. Being a tale of celebration involving four friends, Saroja songs are still popular among youngsters. The song ‘Dosth Bada Dosth’ is still considered as an anthem of friendship.

Superstar Rajinikanth’s Kuselan released amidst huge expectations. Unlike, the usual Rajinikanth films, Kuselan featured him in an extended cameo role. Directed by P.Vasu, the movie performed poorly at the box-office and was heavily criticised. The movie may not be a hit, but was pure delight for Rajini fans, as the actor appeared as a Superstar in the movie.

So, what is your favorite movie that is turning a decade old this year?