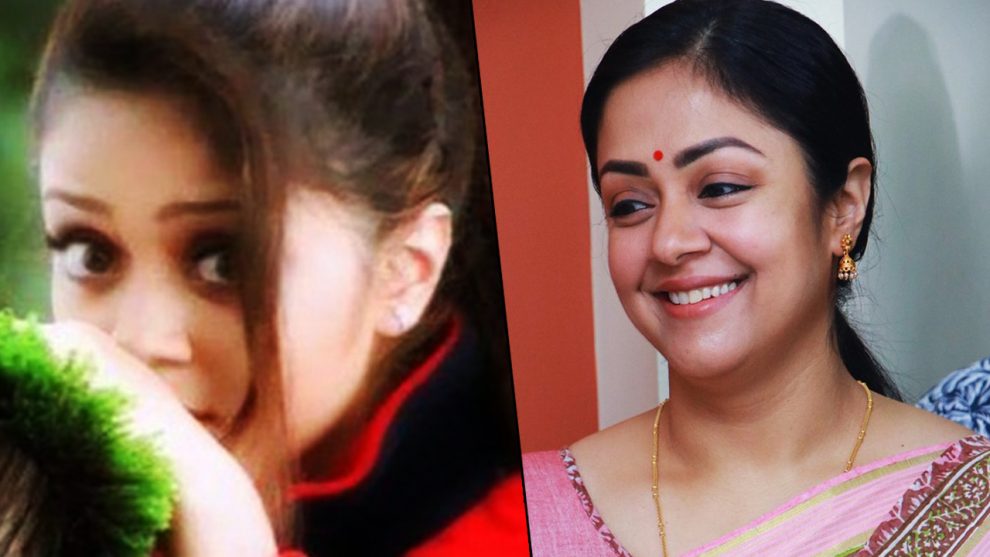 Last seen in the blockbuster cop tale, Naachiyaar, actress Jyothika is working on her next film Kaatrin Mozhi, the official Tamil remake of Tumhari Sulu.

Reprising the role of Vidya Balan in the upcoming film, Jyothika is reuniting with director Mohan, after the critically acclaimed commercial hit Mozhi. In the movie, Jyothika plays the role of a hard-working homemaker who works as an RJ.

Lakshmi Manchu who seems to be in awe of Jyothika expressed her delight in working with the Kushi actress.  “Working w #jyothika… woah!! What a talent. Always been a huge fan now even more. Her eyes speak volumes and the camera just loves her #kaatrinmozhi @Suriya_offl”, tweeted Lakshmi Manchu, who will be reprising Neha Dhupia’s role from the original.