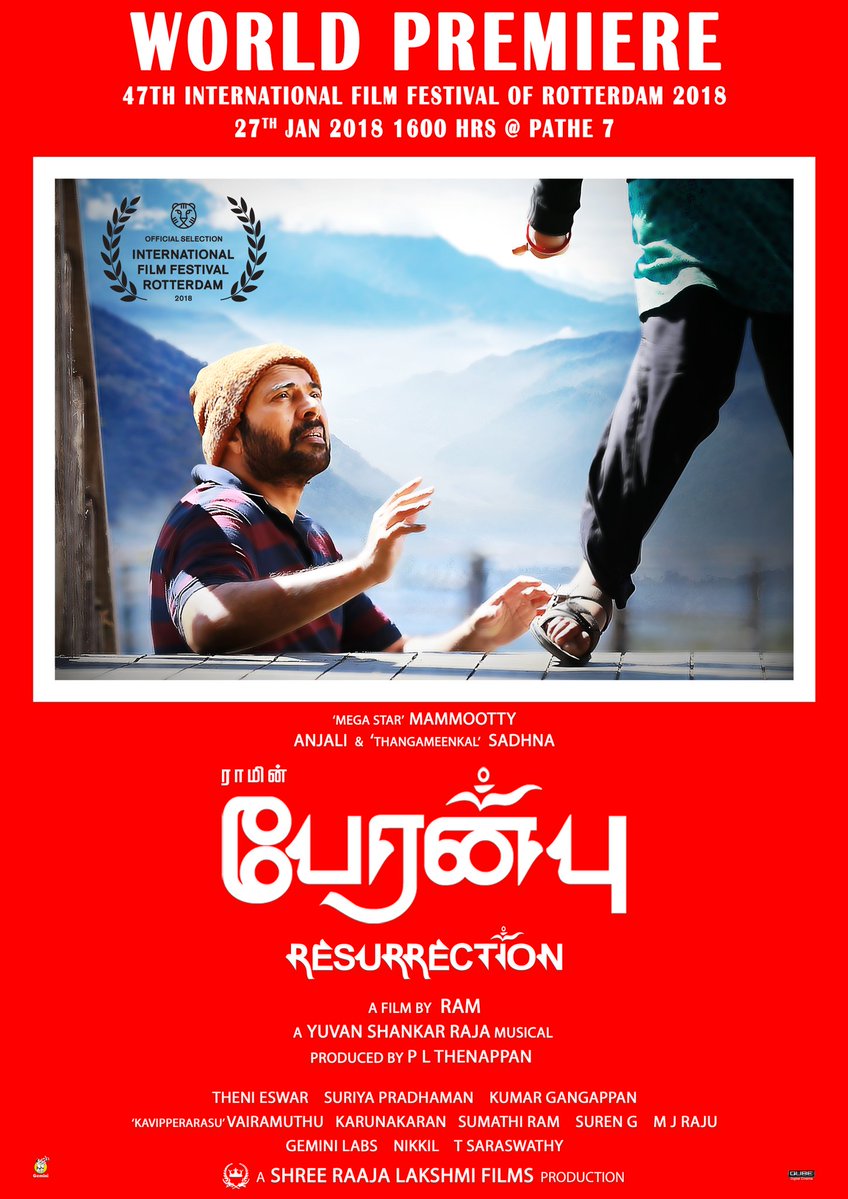 Director Ram’s upcoming movie Peranbu starring Mammootty and Anjali in the lead roles is grabbing attention from the International audience even before its release in theatres. The movie was recently screened at the International Film Festival Rotterdam (IFFR) and has garnered positive responses.

The movie was picked as a must watch in the top 20 movies list at IFFR.

Peranbu features Mammootty in the role of a doting father who works abroad as a taxi driver. The movie also features Sarath Kumar and Anjali in pivotal roles along with Samuthirakani, Vadivukkarasi, Suraj Venjaramood, Siddique, transgender Anjali Ameer, and many others.

Coming to the technicalities, Peranbu has music by Yuvan Shankar Raja. Theni Easwar takes care of the camera department along with the cuts of A Sreekar Prasad. Produced by PL Thenappan under his banner Sri Rajalakshmi Films, the movie is likely to be released this summer in Tamil and Malayalam simultaneously.