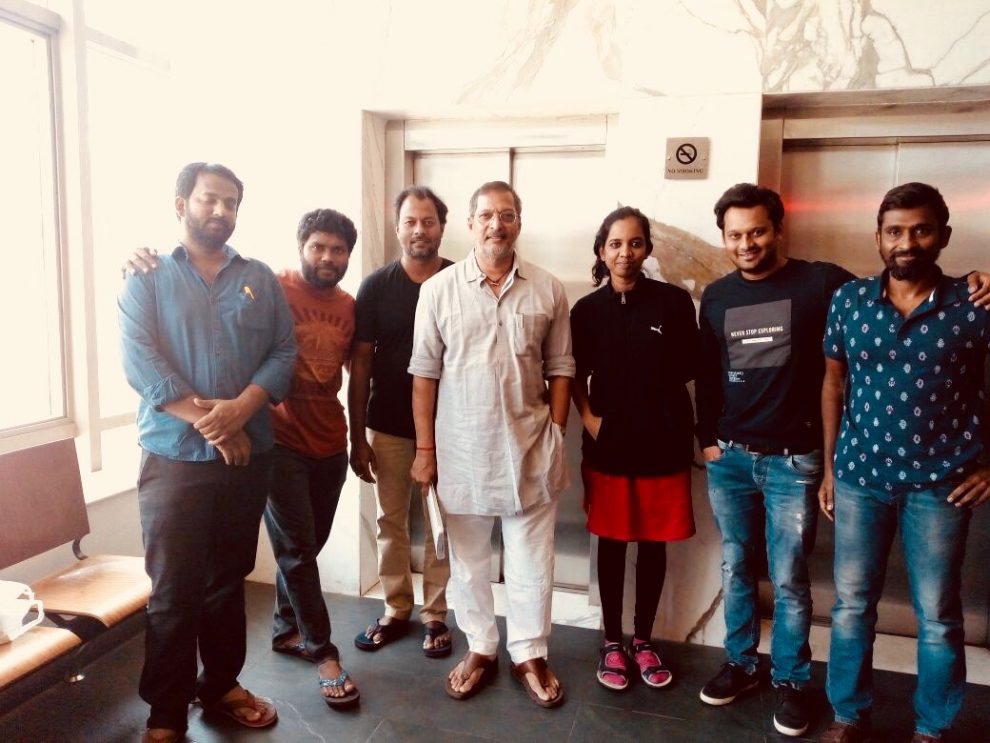 As soon as Kaala‘s teaser released, social media lit up like a Christmas tree and is now at the 15 million mark. It is not a surprise, considering that Superstar Rajinikanth is starring in it. Everyone was star-struck, including some of our K’town celebrities.

From the teaser, it looks like Kaala is a political drama where Nana Patekar plays a villainous politician. Kaala seems to throw a lot of emphasis on the color black. From the aesthetics, background, and outfits, even the dialogues throw light on black.

Consider the time when Rajinikanth points out that black is the color of hard work and that his chawl is filled with that very color.

The teaser was power-packed and threw a punch at us. That moment when Rajnikanth stands alone and dares the villains to come at him is a moment frozen in our minds.

Now, the latest we hear about the movie is that Nana Patekar, who plays the antagonist in the movie, has completed dubbing his portions.

In an announcement from the team, it has come to light that Nana has completed dubbing in both Hindi and Tamil.

Nana Patekar is a well-known Bollywood actor and has many awards to his credit. The teaser opens to him saying “Kaala. Kaisa naam he re?” which translates to “What sort of a name is Kaala?”

It is easy to see that two acting powerhouses have been brought under the same roof by director Pa. Ranjith. The movie is slated for release on April 27 and Rajini fans are already at the edge of their seats with expectations.