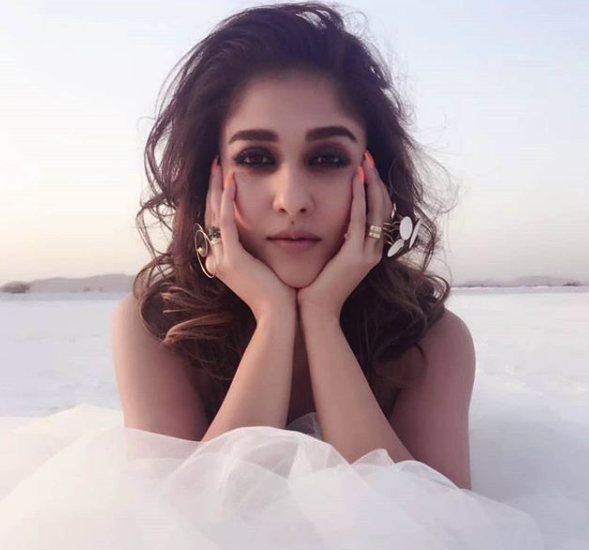 There have been speculations doing the round that Vikram Vedha fame Shraddha Srinath was the front-runner for the female lead in Ajith’s much-anticipated movie Viswasam.

Sathya Jyothi Films, the makers of the film, have now officially announced that the team has roped in the lady superstar for the film.

Viswasam reunites Ajith and Nayanthara after a gap of five years. The most-celebrated onscreen pair has worked together in three films, Billa, Aegan, and Arrambam.

Directed by Siva, Viswasam is the fourth film of Thala Ajith with the director. The actor-director combo is known for making movies whose titles start with ‘V’.

Actor Ajith, who sported the signature salt-and-pepper hairdo in his recent films, will be seen in a different look this time. Antony L. Ruben is editing the much-anticipated rural mass entertainer. Currently, the makers of the movie are finalizing its cast and crew.

Viswasam was reportedly launched on December 7 with a small pooja. The movie is likely to start rolling from February end. The shooting is expected to wrap up by July. An official announcement on the same is awaited.

As reported earlier, Nayanthara is also part of another project. Produced under the banner of KJR Studios, the yet-to-be-titled movie will be directed by Sarjun K.M. who is known for the acclaimed short films Lakshmi and Maa. More details about the rest of the cast and crew will be announced shortly.

KJR STUDIOS is proud to announce our third production starring #Nayanthara, to be directed by the creator of the sensational short film #Maa – @sarjun34. Hold your breathe for a scary ride!
An #OutnOutHorror film. On floors soon… pic.twitter.com/xvIrR0Dojt

Our next – #ProductionNo3 will be an #OutnOutHorror starring #Nayanthara and directed by the sensational @sarjun34
More info on the rest of the Cast and Crew soon… pic.twitter.com/dJ0yxu3Y2p

Meanwhile, it is also speculated that Nayanthara is likely to play the female lead in Indian 2, the sequel to Kamal Haasan-Shankar combo’s 1996 superhit Indian. Let’s wait for an official announcement on the same.

Jiiva teams up with this critically acclaimed director
Nayanthara’s next revealed!
Comment