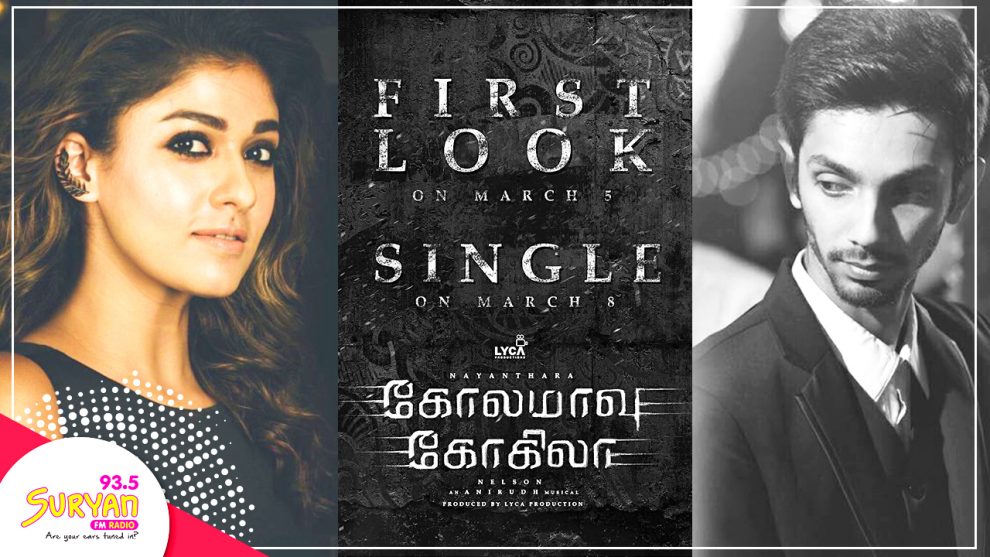 After many successful outings, Nayanthara has now attained the well-deserved status of a superstar. Her last venture– Velaikkaran– with Sivakarthikeyan was a blockbuster hit and the actor is now all set to work with K.M.Sarjun, director of the short film Maa. She will also be seen in Ajith’s Viswasam.

While the actor seems to have her hands full doing unconventional roles, her next movie Kolamavu Kokila or CoCo is all set to release two important updates from the movie in March.

An upcoming action- drama, Kolamavu Kokila is being directed by Nelson Dilipkumar and has music composed by Anirudh Ravichander. The movie was announced in July 2017, with the producers of the movie (Lyca Productions) announcing that it will be a female-centric film.

According to reports, the movie will be a dark comedy and actors Saranya Ponvannan and Yogi Babu have been roped in to play important roles.

A few hours ago, the producers of the movie tweeted that the first look of Kolamavu Kokila or CoCo will be released on March 5th and the first single from the movie will release on March 8th.

Music director Anirudh Ravichander has also tweeted saying he is excited about the same. Incidentally, Anirudh was the music director for Nayanthara’s previous venture Velaikkaran.

We have already seen the magic that worked onscreen when Anirudh composed for Nayanthara and we are sure that this venture is going to be no different. Keep watching this space for updates on our lady superstar’s next!