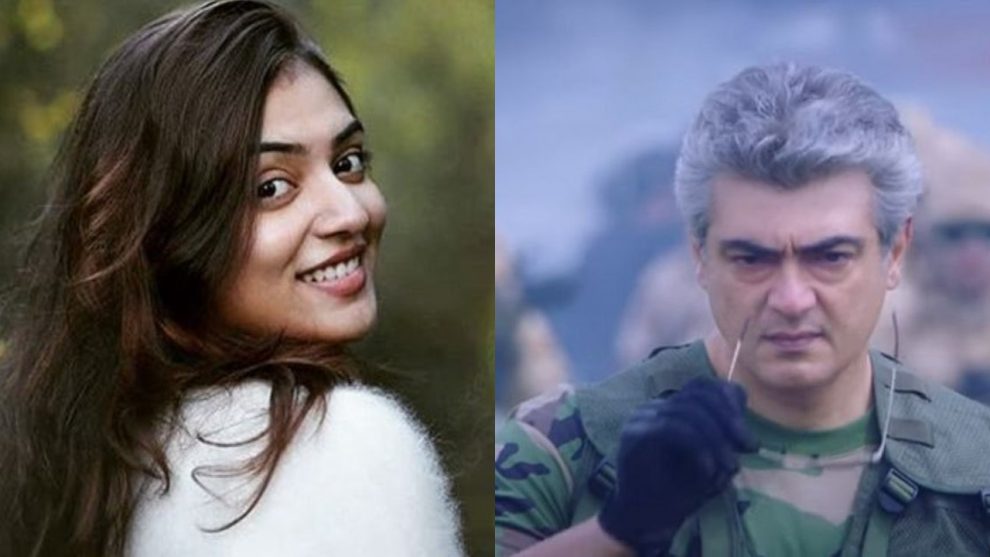 To those of you that didn’t know, bubbly actress Nazriya Nazim is a huge fan of Thala Ajith. She had her own fangirl moment yesterday and honestly, it’s just like every one of us with our favourite stars.

It was recently announced that Thala Ajith’s Vivegam will be available in Hindi (dubbed) on YouTube. Titled Veer in Hindi, the movie has been creating a frenzy.

It looks like Nazriya too is a fan of the movie. She had put up a tweet yesterday and it’s got the word fan written all over it! Check it out here- 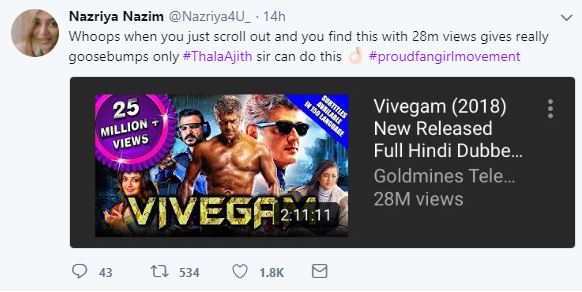 Nazriya has even called this her ‘proud fangirl moment’ and we couldn’t agree more. While she is celebrating Thala Ajith’s 28 million views, her fans are celebrating Nazriya’s comeback.

Her next is titled Koode and she stars alongside Prithviraj and Parvathy Menon. She plays Prithviraj’s sister in the movie.

If you miss seeing the charming actress on screen, your wait is almost over. Koode releases on July 6 and in the meanwhile, check out some adorable pictures of the actress here.