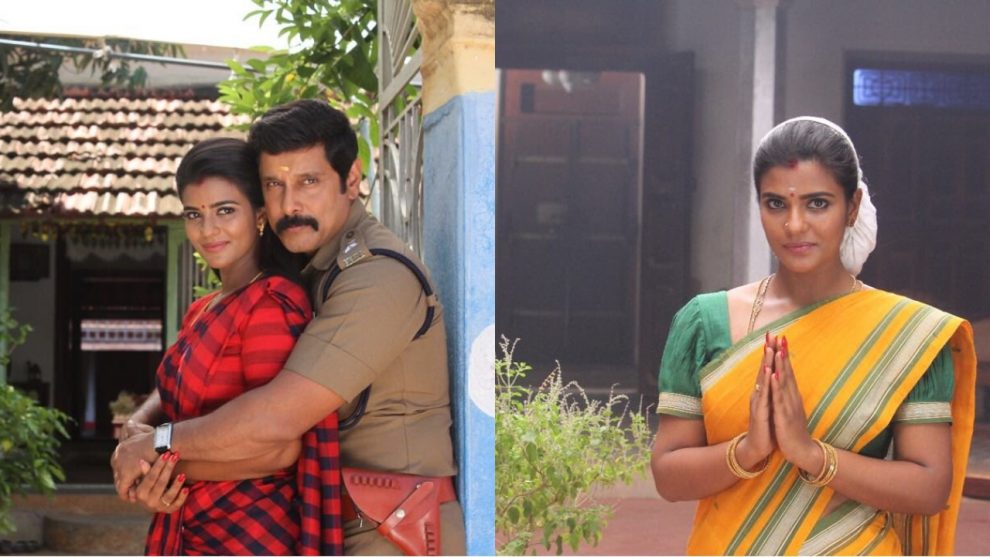 Saamy Square, Chiyaan Vikram’s much-awaited sequel to the Saamy franchise is all set to charm us on screen soon. Keerthy Suresh plays Vikram’s pair in the movie and it was being speculated that Sadha will be playing the role of Bhuvana, essayed by Trisha in the prequel.

A few months ago, Trisha had announced that she is no more a part of the Saamy franchise, citing creative differences. The makers of the movie have now made a breaking announcement as to who would be joining the cast to reprise Trisha’s role.

Talented and happening actress Aishwarya Rajesh is now onboard Saamy Square and it looks like she will be playing Bhuvana. “Happy to announce that the most performing, promising, and the bussiest actress @aishu_dil joining #SaamySquare and shoot on progress #ChiyaanVikram #DirectorHari @ThisIsDSP @ShibuThameens #BobbySimha @SonyMusicSouth (sic.)” they had tweeted.

This fresh combination is already getting fans excited and it looks like Aishwarya Rajesh is having a year of luck. Make sure to check out the trailer and stills of Saamy Square.